Mr Shael Laminie (left) was elected as the new Vice-President of SWD Cricket at a recent Members Council meeting. 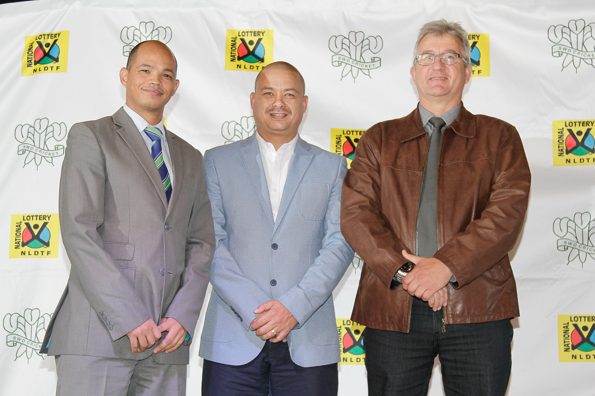 Hennie Cremer (right) was elected as new non-independent director at the same meeting.

The positions became vacant with the resignation of the previous Vice-President, Mr John Komanisi.

With them is the President of SWD Cricket, Mr Rudy Claassen