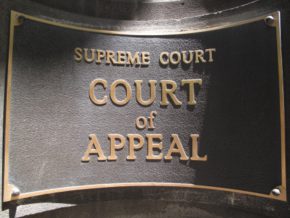 The SCA confirmed that Merial’s patent for its Frontline Plus spot on product was valid and infringed by Cipla’s Fiprotec spot on products (“Fiprotec products”).

The SCA accordingly ordered Cipla to cease all sales of Fiprotec products and to deliver up all Fiprotec products to Merial for destruction.  The SCA also ordered that there be an enquiry into the damages suffered by Merial as a result of Cipla’s infringing conduct.

The patent in suit is for Merial’s Frontline Plus anti-parasitic treatment for dog and cats.  Frontline Plus is applied to a single spot on the skin of the animal and is effective in controlling both fleas and ticks usually by monthly treatments. The invention of the patent was directed at the spot-on formulation which allowed for this ease of application and conferred this protection on animals.

Merial’s Frontline Plus remains a leading animal health product globally with unsurpassed success. In 2008, Cipla entered the market with its competing Fiprotec product. Merial issued summons against Cipla and, although the Court of the Commissioner of Patents found in the first instance that Merial’s patent was valid, but not infringed, the SCA has now confirmed that the patent is valid and has found that Cipla’s Fiprotec product is infringing the patent.

At van Rooy of KISCH IP stated that this is a significant victory for Merial in a long battle against generic companies entering the market whilst the patents for the original products are still in force.