The Wilderness Foundation Africa, through the Forever Wild Rhino Protection Initiative and the Wildlife Operations Group, has offered a R100 000 reward for information leading to the successful arrest and prosecution of those involved in the most recent killing of rhino in the Eastern Cape. 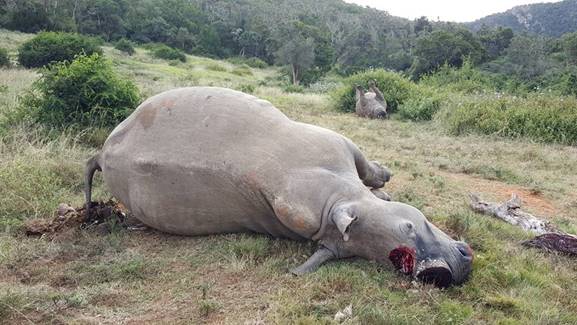 2016 has been a bleak year for rhino in the province with a number of brutal poaching incidents having taken place. If members of the public have any information that can assist in the apprehension of these perpetrators, they can contact the Wildlife Crime Tip-off Line. The number is 078 696 9494.

The Wilderness Foundation’s Forever Wild Conservation Programme was developed in 2011 as a response to the rhino poaching crisis and has been active through the Rhino Protection Initiative. The initiative primarily provides logistical and operational support for conservation and law enforcement agencies responsible for rhino security. Activities include the coordination of anti-poaching training, aerial assistance, vehicle and specialist support ,as well as a rhino survivor fund and demand reduction activities in Vietnam.

ABOUT THE WILDLIFE OPERATIONS GROUP

The Wildlife Operations Group is a multi-agency partnership whose overarching objective is the reduction in the incidence of and the successful prosecution of wildlife related crime. This is achieved through a multidisciplinary approach which includes: research and development; training; support for investigation and operational activities in order to meet the objective. Founding Partners: Wilderness Foundation, Indalo Private Game Reserve Association, SAPS Hawks, Eastern Cape Parks and Tourism Agency, South African National Parks, Eastern Cape Department of Economic Development, Environmental Affairs and Tourism.