Despite the fact that South Africa’s Copyright Act was promulgated nearly 40 years ago, there are relatively few instances in which South African courts have been called upon to interpret the provisions of the Act. 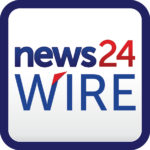 Judgment in the recent case of Moneyweb (Pty) Ltd v Media24 Ltd and Another in the Gauteng Local Division of the High Court of South Africa was therefore eagerly anticipated by both players in the media industry and those with an interest in IP.

First off, the court confirmed that there is no copyright in the concept of a news story. Copyright subsists in the particular material expressions or forms of the story – i.e. the articles written or features produced around the story.

Next, the court dealt with the issue of originality. The Copyright Act states that in order to qualify for copyright protection, a work must be original. The court reaffirmed the existing principles in this regard, stating that for a work to be “original” there must have been sufficient application of the author’s mind. The work cannot be a mere slavish copy of the original.

The court also dealt with the issue of determining whether something constitutes a reproduction of a substantial part of an existing work and confirmed that the assessment is a qualitative rather than a quantitative one. What is interesting here is that the court referred briefly, towards the end of the judgment in relation to the applicant’s contention that Fin24’s conduct amounted to unlawful competition, to Fin24’s “Aggregation Guidelines” (which, presumably, form part of certain internal guidelines applicable to journalists), the first of which is “Never use more than 30% of the original source”. There is a common misconception amongst members of the public and the media that if a person uses / reproduces less than a certain percentage of an existing work such use / reproduction does not amount to copyright infringement. It is important to reiterate that there is no hard and fast rule in this regard. It is possible that copying a quantitatively small part of an existing work could constitute infringement if the part copied is, for example, the heart of the original work.

The court dealt with section 12(8)(a) of the Copyright Act, which states that copyright will not subsist in (amongst other things) news of the day that are mere items of press information. This appears to be the first judgment in South Africa to actually deal with this provision. The court was careful to point out that the principle is not applicable to all news of the day, but only to mere items of press information. It went on to say that the exclusion will apply to works such as press releases / statements and press interviews, that are intended to be used and disseminated by the media and in these case such works are free to be used and reproduced by anyone.

Lastly, the court dealt in some detail with the concept of “fair dealing”, which is a defence against infringement in terms of the Copyright Act. The concept of fair dealing is not a new one, however, the South African courts have been reluctant to lay down a formal test regarding the assessment of fairness. In this case the court referred to foreign principles and decided cases applicable to the concept but was careful to point out that foreign jurisprudence cannot merely be transplanted into South African law. The court stated that fair dealing is an elastic concept and that the determination involves a value judgment and will depend on the particular facts and circumstances at the time of dealing. Section 12(1)(c)(i) of the Act states that “copyright shall not be infringed by any fair dealing with a literary or musical work … for the purpose of reporting current events in a newspaper, magazine or similar periodical… provided that the source shall be mentioned as well as the name of the author if it appears on the work”.

An important development in this case is that the court laid down several factors that should be taken into account in determining fairness within the meaning of section 12(1)(c)(i), including:

Although the court emphasised that this list of factors is not exhaustive and that each will be given a varying amount of weight depending on the circumstances, these factors will no doubt be used as a basis for assessing the question of fairness going forward.

Although many of the issues decided by the court in this case confirmed existing principles of copyright law in South Africa, the judgment provides welcome and much needed guidance on the interpretation of the law relating to the exclusion of items of current news from copyright protection and the application of the principles relating to fair dealing in the context of reporting current events.
Vicky Stilwell, Trade Mark Attorney and Consultant, KISCH IP