The Wolftrap Steakhouse Championships is again hunting down South Africa’s greatest steakhouse to find the national champion for 2016! 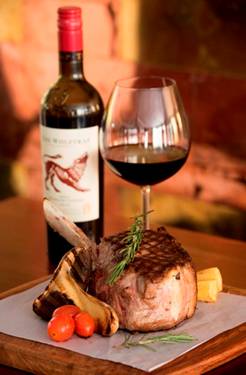 The first round has been completed. This was a public voting phase to identify South Africa’s favourite steakhouses, and the 20 that gathered the most votes have now made it through to the judging round.

The 2016 finalists in alphabetical order, and colour-coded according to location are:

This judges’ round during May is a steak showdown during which a team of expert judges, led by Pete Goffe-Wood, well-known MasterChef judge, visit the Top 20 to test the field. The steakhouses don’t know when the judges will arrive and each will be assessed on a score-sheet that’s designed to separate the good from the great – looking at the total experience but focussing on the quality of the steak.

Steak is a South African passion and the steakhouse is our favourite national restaurant. The Wolftrap Steakhouse Championships is now in its fourth year. Previous winners are: The Local Grill, Parktown North (2013 and 2014); and Little Havana, Umhlanga Rocks (2015).