Plastic Pollution will be in the spotlight on July 25th and 26th in Port Elizabeth. During these two days the Sustainable Seas Trust, Plastics SA and other partners will launch the African Marine Waste Network. 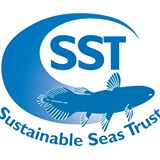 The need for the network was recognized some years back by the United Nations Environmental Programme (UNEP) and a number of government departments, universities, research institutions, NGOs and concerned citizens, but a decision to launch the network was only made in 2015 with a view to building on the back   of the South African Hope Spot Network, launched by Sustainable Seas Trust and Dr Sylvia Earle of Mission Blue. Dr Earle is also one of the   Patrons of SST. Appropriately the Network will be launched in Port Elizabeth as Algoa Bay is one of South Africa’s six Hope Spots. Although the launch will take place in South Africa, the African Marine Waste Network will be the first to address marine waste at a Pan-African level. The SST   has emphasised the enormous contribution of Plastics South Africa to this initiative.

Two days have been dedicated to the   launch in order to set aside time for national and international experts to participate in a planning workshop, for public lectures and the first meeting of the Network’s Advisory Panel as well as to provide an opportunity for celebrations to mark the official launch.

Pollution of all kinds, a major global problem; it causes 40% of premature human deaths globally, costs US$ 13.8 trillion annually and is influencing climate on the planet. An exceedingly important part of the pollution problem, marine waste, is the focus of the Network. Debris and solid waste enter the sea in ever increasing amounts every moment of every day. About 270kgs of plastic enters our seas every second; that is a little over 15 tons every minute; 900 tons every hour. Plastic washed into rivers and estuaries and then carried to the sea, beaches and rocky shores is the major contributor to this form of pollution. The remainder comes from ships and boats.  By 2045 the flow of plastic into the sea will be 600kgs per second; 36 tons per minute or 2160 tons and hour, if present trends continue. This situation poses a serious threat to humans, to animals and plants and to ecosystems. Estimates suggest that there are 150million tons of plastic in the sea at the moment.  If present trends continue, there will be more than 700 million tons in the ocean by 2050, outstripping the total weight of fish in the sea.

The exact amount of   debris entering the sea from South Africa or any other African country is not known.  What is known, however, is that the rapid development of Africa, coupled with poverty, has seen waste accumulation outpace management.  International organizations now fear that Africa may soon become as badly polluted as South East Asia, which has the foulest record on the planet.  The Network urgently needs to find out how serious the African problems are, where they are and how to address them.

In his message to the 5th International Marine Debris Conference, Achim Steiner, in his capacity as the United Nations Under-Secretary-General and UNEP Executive Director, emphasised that the threat of marine pollution can only be tackled effectively by means of a trans-national initiative actively supported by the private sector.

The African Marine Waste Network is an African cross-boundary initiative supported by the private sector which aims to make a  contribution to solving a global crisis.

The organisers of the launch expressed the hope that all South Africans will join this initiative to help Africa to play   its role in ensuring that the children of our planet have a better tomorrow.

More information regarding the launch and the initiative is obtainable from: