The illegal trade in fauna and flora continues to present a major threat to biodiversity conservation in the Western Cape and this World Environment Day (5 June 2016), CapeNature encourages everyone to report any illegal biodiversity activities. 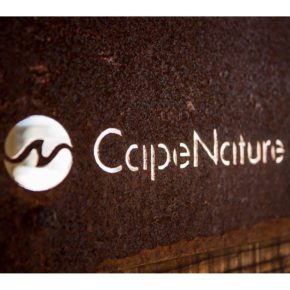 Says Paul Gildenhuys, CapeNature Senior Manager for the Biodiversity Crime Unit: “The high level of endemism in Western Cape plants and animals means the province is often seen as a target for international collectors.

“Biodiversity crime not only compromises the ecological integrity of the Western Cape, but also contributes to general criminal activity and its negative social consequences which ultimately has serious consequences for the economy of the province.”

While legal measures under the Nature Conservation Ordinance (19 of 1974) are in place to ensure the exploitation of biodiversity is controlled, some general offences include:

CEO of CapeNature, Dr Razeena Omar, says World Environment Day serves as a day for people to do something to take care of the Earth and become aware that illegal actions are having an effect on the province’s natural heritage.

Says Dr Omar: “The future existence of the Western Cape’s natural areas, with our exceptional diversity of plants and animals, is being threatened by smugglers who illegally gather or pick flora and fauna.”

“Most arrests made are thanks to the attentiveness of the public who alert the authorities about suspicious people or behavior. Without this supportive attitude from the public, our plant and animal riches would be more severely threatened and we encourage this to continue beyond the celebrations of World Environment Day.”

World Environment Day (WED) is the United Nations’ most important day for encouraging worldwide awareness and action for the protection of our environment. Since it began in 1974, it has grown to become a global platform for public outreach that is widely celebrated in over 100 countries.

Each WED is organized around a theme that focuses attention on a particularly pressing environmental concern. WED 2016 is themed on the illegal trade in wildlife under the slogan ‘Go Wild for Life’.