In the age of the Internet and digital media it is possible to find information on absolutely any topic, at the click of a mouse. 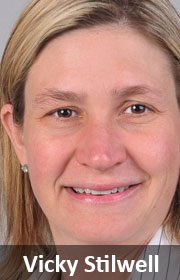 If you want to cook something, gone are the days when you had to haul out Grandma’s dusty, oil-stained recipe collection, now you just stick a few keywords into the Google machine and you are rewarded with more recipe options for your chosen dish than you could ever need. But to what extent do intellectual property, and more specifically, copyright, laws protect recipes?

In some countries, such as the United States, the US Copyright Office has issued guidelines for copyrightable works and states specifically that “Copyright law does not protect recipes that are mere listings of ingredients… Copyright protection may, however, extent to substantial literary expression – a description, explanation or illustration, for example – that accompanies a recipe… or to a combination of recipes, as in a cookbook”.

The Australian IPO has also issued some useful pointers regarding copyright in recipes, which include “the owner of copyright in a recipe has certain limited rights to control the manner in which their written recipe is used. This does not include, for example, preventing people from making the dish or from writing their own descriptions on how to make it”.

In other jurisdictions it has been held that recipes are not protectable by way of copyright because of their functional nature and because they constitute processes, methods or procedures, which, under the legislation of certain countries, are specifically excluded from copyright protection.

The Copyright Act 98 of 1978 provides protection for various types of works, including literary and artistic works. In order to qualify for protection a work must be original. The threshold for originality is not very high, and the work need not be unique or inventive in any way. All that is required is that the work must be a product of the author’s own labour and skill and that there must have been sufficient application of the author’s mind. It has been held, though, that the exercise of the author’s skill and judgment must not be so trivial that is could be characterised as a purely mechanical exercise.

The South African courts have found that compilations such wage and salary forms, statement of account forms, spare parts catalogues, a numbering system for cataloguing medical services for purposes of a medical aid scheme, sports fixtures and lists and vehicle codes and vehicle valuations are protectable as literary works. Conversely, the courts have also held that the layout of pages of a diary does not qualify for protection as a literary work.

It is easy to see why someone would want to argue that a recipe does qualify for protection as a copyrightable work – the Jamie Olivers and Heston Blumenthals of the world would argue passionately that a delicious dish is the result of much hard work and creative input and is certainly a product of the author’s labour and skill. Followers of the Masterchef franchise will no doubt agree.

But what is a recipe? In its simplest form, it is a set of instructions for achieving a particular result. In this regard, it has been argued that copyright in compilations of facts, if any, consists in the order of the specific facts, not in the individual facts themselves.

The copyright legislation of many jurisdictions precludes materials constituting a set of instructions from qualifying as copyrightable works. The South African Copyright Act does not contain a specific exclusion in this regard and neither have the courts in this country been called upon to make a pronouncement on the issue.

Applying the principles relating to originality set out in the Copyright Act and South African case law it is unlikely that copyright could be argued to subsist in a single recipe, unless it is expressed in a very specific, creative or original manner. It is far more likely that copyright would be held to subsist in collections of recipes as featured in cookbooks and the like. In addition, copyright would probably subsist in any photographs taken of the dishes featured in the book.

So what can you do to protect a recipe? Aside from the apparently limited instances in which copyright protection may be available, there is nothing in South African law the expressly precludes obtaining a patent for a recipe, provided that the requirements for patentability are met – i.e. it must be novel, inventive and capable of being used or applied in trade, industry or agriculture. The stumbling block,  however, is that the threshold for novelty and inventiveness is far higher than that for originality in the context of copyright and it is for this reason that most recipes would fall short of qualifying for patent protection.

A trade mark is also an important tool to have in an IP arsenal and the name of a dish or recipe could be protected by way of a trade mark registration, provided that it is distinctive and is used, or intended to be used, in the course of trade.

But if you really want to protect your recipe to the extent that you don’t want anyone to be able to copy it or even make it themselves – keep it secret. This is the tactic employed by successful food and beverage producers such as Coca-Cola. Legend has it that no single individual employed by the Coca-Cola Company has knowledge of, or access to, the entire recipe or formulation of Coca-Cola, although certain individuals have access to certain pieces of the puzzle. The reason for their choice to go this route is that, if patented, the recipe would ultimately fall into the public domain when the patent expires and would then be available to the public to use and copy freely. The fact that it is kept as a closely guarded trade secret means that it can be protected indefinitely. As an aside, I suspect that this is exactly what the top chefs in the world do – if my own failed attempts at reproducing their masterpieces, despite following the recipe word for word, are anything to go by…