The Under-18 Coca-Cola Craven Week and Coca-Cola Academy Week teams are raring to go in the grand finale of the SA Rugby Youth Weeks series starting on Monday at Kearsney College in Durban following two weeks of high-octane school rugby. 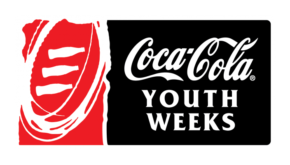 GWK Griquas Rural will take on Old Mutual Zimbabwe in the opening match of the flagship event of SA Rugby Youth Weeks, the U18 Coca-Cola Craven Week, at 09h05 on Monday, while the Blue Valke and SA LSEN teams will kick off the Coca-Cola Academy Week a little earlier at 08h00.

The big match-ups in the Coca-Cola Academy Week, meanwhile, will see the Sharks meet the Thepa Trading Griffons and DHL Western Province, who defeated the Blue Bulls 36-24 in the final match last season, take on SWD.

The tournament will conclude on Saturday, 16 July, with the top teams in both competitions going head-to-head in the closing matches.