Experience an authentic Oktoberfest without travelling to Germany.

The countdown has begun for the traditional Oktoberfest Cape Town brought to you by Namibia Breweries. The event promises a perfect combination of great German food, games & activities, world-class entertainment and excellent Namibian beer, brewed according to the Reinheitsgebot, the 1516 Bavarian Purity Law. Friday night is for over 18`s only and on Saturday you can bring your kids for a great family day out. 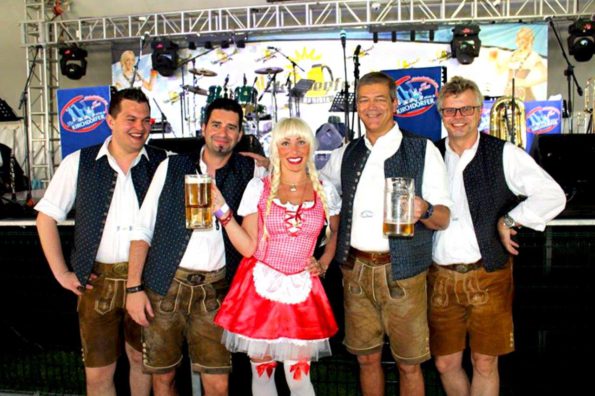 Highlights over the weekend, amongst others, include the 500 years celebration of the Reinheitsgebot and performances by the Kirchdorfer band. They have been the official band in the “Hacker-Festzelt” at the Octoberfest in Munich since 1994 and will be flying in straight from there to perform at the Cape Town Oktoberfest. Typical to a traditional fair, there will also be lots of games of which the most prominent are “Stamm-sägen” (Log-Sawing); “Bierstemmen” (Beer-Lifting);“Hau den Lukas” (High Striker ); Nageln; Beer Pong and Catty shooting.

Tickets are R120 from Computicket and R150 at the gate. Friday no under18`s and Saturday is family day. Kids under 12 free entry on Saturday. Gates open Friday 18h00 till late and Saturday 10h00 till late. Contact no for queries: 021 551 3683 or email info@eventsandmore.co.za 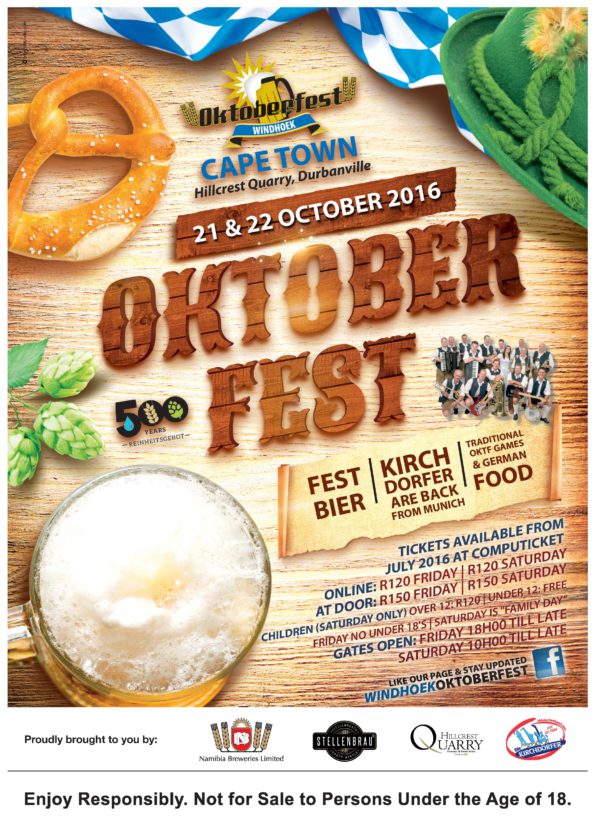