South African film critics are at odds over the merits of ‘Twee Grade van Moord’ (Two Degrees of Murder), which sees the on-screen reunion of two of South Africa’s most loved and respected actors, Sandra Prinsloo and Marius Weyers. 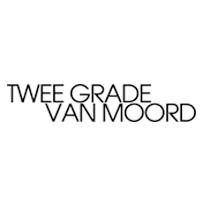 The film, directed by Gerrit Schoonhoven, released on 22 July. ‘Twee Grade van Moord’ tells the story of Aleksa Cloete (Prinsloo) and her husband Ben (Weyers) as they are faced with one of the toughest situations of their lives and the decisions that have to be made as a result.

News24’s Jean-Marie Korff said, “Although the film deals with dark topics, it manages to deliver a very real message. Focusing on every character’s personal struggle in dealing with the factors at hand, the film hones in on the fact that bad things can happen to anyone and that love isn’t always easy and romantic. A stellar cast and surprising twists and turns make this Afrikaans drama a must-see.”

However, The Star’s Theresa Smith said: “Like one of the characters who is watching events unfold, you are never quite sure just why anything is happening, it is as if you are present for all the highlights, because there is no space left for you to respond other than to watch.”

Rapport critic Leon van Nierop rated Marius Weyers’ performance as “outstanding”, and praised the film for its bravery, but noted that it did not always work, despite the important debates it raises.

At the same time, cinemagoers have posted emotional and personal messages on Facebook, calling the film “excellent” and “deeply moving”, and praising the cast.

“Because it has attracted opposing views, perhaps partly for its subject matter – which deals with difficult topics like euthanasia – we are encouraging people to see it and make up their own minds,” says director Gerrit Schoonhoven. “Or visit the film on Facebook and write your own review.”

The film won the two top awards at the Indie Karoo Film Festival. These were the Audience Choice Award, which is voted for by regular festival attendees, and the prize for Best Film, which is selected by a jury of industry professionals. Just as the issues it delves into are complex, so is the individual’s’ response to the film.

Visit the Facebook page to write your own review