The 2016 RCS Southern Cross (SOX) trail run organised by TriSport goes into its 5th year on the weekend of 6–8 August. This year runners are also offered a lite option, which totals 50 km instead of 80 km, over 3 days. A record field of 350 runners will line up on day 1, with 250 athletes taking on the full, and 100 runners starting the RCS SOX Lite course. 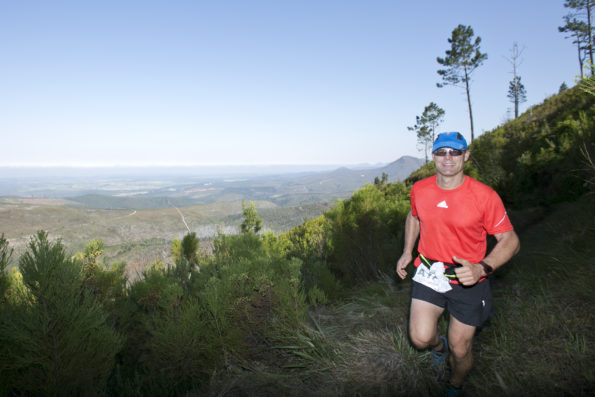 Day 1 sees the runners take on 30,8 km and 1 634 m of climbing into the beautiful Outeniqua mountains between Karatara and Farleigh, inland from the beautiful Garden Route coastline.

On day 2, the lush, green Knysna forest awaits, with 30.73 km and 1 147 m of climbing, some technical single-track sections, and an ever-present possibility of encountering the elusive Knysna elephant.

The last stage takes the runners and their tired legs onto the final challenge – 19.59 km of pristine coastal running along the magnificent Wilderness coast, with a beautiful mix of rocky sea cliffs and a single track through the forest that takes runners alongside the Touw River en route to the ocean, and the finish at the Fairy Knowe Hotel.

Ninety percent of this pristine course runs on SANParks property, and this relationship with the park officials makes RCS SOX the ultimate trail-running experience in terms of athletes experiencing such diversity of terrain, all in one of the most beautiful parts of South Africa.

Many of trail running’s top names will be seen in action, including South Africa’s ultra-sport power couple, Christiaan and Landie Greyling, as well as Nic de Beer, UK athlete Tish Jones, and a strong male team, Lucky Miya and Thabang Elias Madiba. In the ladies’ race, Daneil Feldmann will be a name to watch. Former South African Olympian Elana Meyer and her husband Jacques will also be amongst the solo entries at this year’s RCS SOX.

TriSport is very excited to have RCS as this year’s title sponsor. The RCS Group (RCS) is a consumer finance business that offers its customers a range of financial services products under its own brand name and in association with a number of retailers in South Africa, Namibia and Botswana.

“We understand the importance of staying active and connecting with nature, and what better way to do this than with South Africa’s most beautiful three-day trail run,” says Regan Adams, CEO of the RCS Group (RCS), explaining their decision to partner with the SOX trail run as the title sponsor.

With a strong connection to the running community, as well as an in-house fitness culture that includes a group of runners amongst the RCS staffers, the company has a long association with the Gugulethu Athletics Club (Gugs) which encourages running amongst disadvantaged communities.

“We’ve been able to invite some of our top Gugulethu Athletics Club athletes to the SOX trail stage race in Knysna to expand their running experience and that’s what we are about – making things possible,” says Adams who is, himself, an avid runner as well as a member of the Gugs running club.

Top Gugs runners Peter Tamayo and Imran Paya will be amongst the line-up for this year’s race, keen to give the hardened trail athletes a run for their money.

The RCS sponsorship will also bring some fantastic prizes to the prize-giving ceremony on 8 August, which will cater for competitors in the main three-day event as well as those choosing to tackle the RCS SOX Lite option. Prize money is R8000 per team for the Open Male, Open Female and Open Mixed categories.