THE next batch of councillors set to run municipalities in Western Cape provides some insight into what local government politics will look like for the next five years. 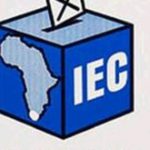 Following SA’s closely contested local government election on August 3 and the tense weekend national count, the IEC has released calculations of municipal seats per municipality, including those of the Western Cape.

The DA, which results show dominates all the municipalities of the province it also governs, gained from angry former ANC supporters wanting jobs, safety, and improved public services. As did the EFF.

In terms of allocation, the proportional representation (PR) system allocates seats to political parties in proportion to the share of the votes they achieve.

In Oudtshoorn, which went under administration after months of tension as a coalition council, the DA won the municipality with 59.40%. The party has 14 seats in the council, 12 of which will serve as ward seats.

The ANC has just one ward seat and six PR seats in Oudtshoorn. The EFF and the South African Religious Civic Organisation each have a PR seat.

The ANC’s PR councillors in Oudtshoorn include the ANC’s mayoral candidate Magdaleen Titus, as well as Klaas Windvogel, Nondumiso Magopeni and Henry Tyatya.

In Drakenstein Local Municipality the DA has 43 seats, 17 of which are PR seats. Their PR councillors include Drakenstein mayor Conrad Poole, Rean Smuts, Liphaphathi Mxunyelwa and Hendrik De Goode.

This gives the ANC nine PR seats, the EFF two PR seats and one seat each for the African Christian Democratic Party, Freedom Front Plus, the Federation of Democrats, Independent Civic Organisation of SA (Icosa) and a ward seat to the People’s Democratic Movement.

In Beaufort West, which the DA won from the ANC for the first time (50.83%), the DA has six seats, with Koos Malooi serving as the party’s only PR councillor in that municipality.