At approximately 16h00, Thursday, 11th August, NSRI Wilderness volunteers activated to assist with multiple fires that had spread rapidly across George, Wilderness and the Hoekwil areas. 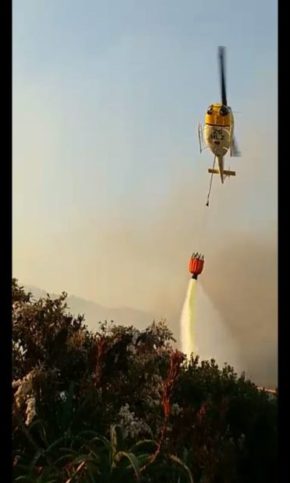 It is believed that fires started in the bushes during Berg winds and in the heat of the wind fires spread rapidly threatening properties and homes.

NSRI Wilderness volunteers assisted in the Wilderness area protecting houses, assisting with First Aid and assisting Fire and Rescue Services and Emergency Services who were deployed to fight multiple fires that had spread across George, Wilderness and the Hoekwil areas.

Sadly at least 4 houses have been raised to the ground in Wilderness in scenes described as chaotic and that saw Emergency Services teams from the George and Wilderness Fire and Rescue Services, the WC Government Health EMS, Traffic Services, the SA Police Services, Disaster Risk Management, Working on Fire teams and two helicopters battling multiple fires spread across the area

Home owners, business owners and members of the public joined forces with the Emergency Services to assist.

Everyone came together to help to assist wherever possible, said NSRI Wilderness station commander Hennie Niehaus.

Fire teams are continuing to monitor the situation through the night and it is believed that the fires have mostly been brought under control. The Eden District Disaster Risk Management are providing updates to keep the public informed.

It is believed that no serious injuries were reported.

TO REPORT A SEA RESCUE EMERGENCY DIAL 112 FROM A CELLPHONE 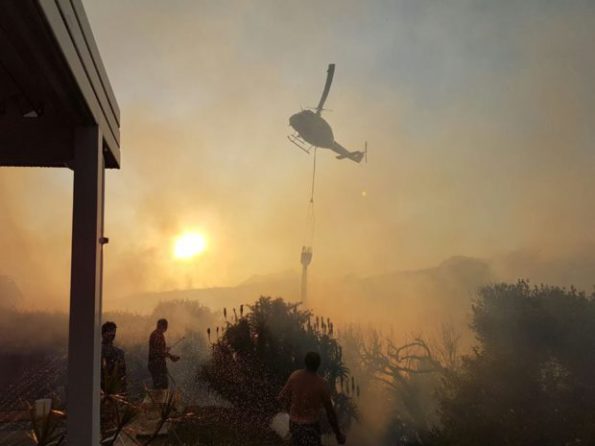