SA Schools coach Lance Sendin has made six changes to his side for the second round of matches in the U19 International Series at Bishops in Cape Town on Tuesday, while his SA Schools A counterpart Sean Erasmus made wholesale changes to his team, with only four players retaining their places in the starting line-up. 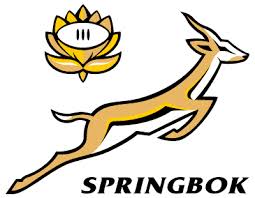 The SA Schools team will face France at 16h00 on Tuesday, while the SA Schools A team takes on England at 14h30. In the other clash Wales and Italy will go head-to-head at 13h00. Sendin made six changes to the starting team that defeated Wales 23-17 at City Park Stadium on Friday, with the three changes in the backline seeing Manuel Rass getting a run at outside centre, Muller du Plessis starting on the left wing and Richman Gora running out at scrumhalf. They replace Wandisile Simelane, Sihle Njezula and Rewan Kruger respectively.

The changes to the forwards will see hooker Daniel Jooste replacing Pieter Botha in the front row, while Ben-Jason Dixon will join forces with captain Salmaan Moerat in the engine room in place of PJ Steenkamp, and No 8 Khwezi Mafu takes over from Khanya Ncusane.

“It was important to maintain some form of continuity in selection after building good momentum in the opening match against Wales, but at the same time we wanted to give some deserving players a chance to start,” said Sendin.“France will test us as they showed against England last week, and they will be high on confidence after winning their opening game, so we have to be focused throughout the match. It is also vital that we use our point-scoring chances effectively.”

Erasmus, meanwhile, named a new-look team for their clash against England, with only four players – fullback Abner van Reenen, wing Austin Davids, captain and centre Louritz van der Schyff and flank Athi Magwala – retaining their places in the run-on team. The SA Schools A side came up short against Italy on Friday, going down 23-20.Two changes were injury enforced, as lock Jaco van Tonder and No 8 Jessie Johnson have been ruled out of action for two weeks after suffering suspected concussions on Friday. Paarl Boys High flank Francke Horn and Monument lock Ruan Vermaak have been called into the squad.

Horn has been named in the starting line-up, while Vermaak will warm the bench, while flyhalf Tyrone Green and scrumhalf Zinedine Booysen will form an exciting new halfback combination. Affies prop Cabous Eloff and hooker Schalk Erasmus will partner with KES tighthead prop Keagan Glade in a new front row.

Erasmus’ team also features a new lock pairing of Juan van der Mescht and Ryno Pieterse.Commenting on the changes to his team Erasmus said: “We wanted to give all the players a chance to start in the first two matches, but we also have to select the team that is best suited to what we plan to do against the opposition, and we believe this team is the best to take on England,” said Erasmus.

“We have named a bigger pack to counter the threat posed by the England forwards, and to give us more stability in the set pieces. We also have to be switched on defensively as we are expecting England to run hard at us.”

The final round of matches will be hosted at Paarl Boys’ High on Saturday.