The screening of the movie, Noem My Skollie, at Pollsmoor prison made history, as the first feature film in South Africa, to première at a maximum security prison before its national release in cinemas. 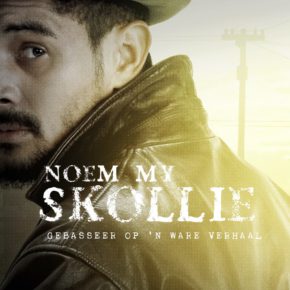 On Tuesday, August 16th, the film was screened to an audience of about 150 people, including wardens, about twenty inmates from the Arts and Culture group, some invited guests from NICRO, and Artscape – who are collaborating with Norwegian partners on a theatre project involving prisoners and parolees, called Help I am Free.

Another screening was held on August 17th, which excluded members of the public and media, in an attempt to reach more of the inmates. 130 male and female prisoners attended this event. The following day another screening was arranged for 130 prison wardens.

The atmosphere was loaded as the film started and kept the audience on the edge of their seats until the end. When the credits rolled, there was hardly a dry eye in the house.

John Fredericks the writer, Daryne Joshua the director, and David Max Brown the producer, answered questions after the screening. Prisoners commented on the authenticity of the film and also mentioned how it inspired them with hope for their own dreams and aspirations.

In the audience at the first screening, wearing the yellow attire of an awaiting trial prisoner, was one of the leading actors in the film, David Manuel, who had been on parole when the movie was shot and was picked up by police a few months ago for a petty crime, which he denied being involved in. Luckily his case was heard earlier this week and all charges were withdrawn. The the next time he sees the film will be as a free man and a bona fide actor that has also been cast in a leading role in a new local feature film.

The screening was made possible with funding from the National Film and Video Foundation (NFVF) and was also supported by Ster-Kinekor, NICRO and the screening company, AV-Direct who made all three days feel like a real cinematic event. The project manager, working with NICRO and Pollsmoor and who made it all possible, was Wisaal Abrahams.

The film, set on the Cape Flats and in Pollsmoor prison is based on the life of scriptwriter John W. Fredericks.

Noem My Skollie is a true big-screen cinematic experience that will keep viewers spellbound in a world that has never before been depicted in such an authentic way. Most importantly the film is engaging and entertaining throughout and delivers a massive emotional impact.  It delivers on the themes of friendship, betrayal, forgiveness, acceptance, the desire for a better life, hope and love.  The title of the film plays on the old adage that one should not judge a book by its cover and promotes the view that everyone has a gift even if sometimes hard to find and even if that gift comes at a price.

Noem My Skollie was produced by David Max Brown and Moshidi Motshegwa (Maxi-D Productions) in association with M-Net, kykNET the NFVF and the DTI and distributed by Ster Kinekor Entertainment.  It has also been selected to première at the kykNET Silwerskermfees in Camps Bay on 24 August 2016 at 20h00.