A doctor in George says her practice treated a large number of patients this past week. 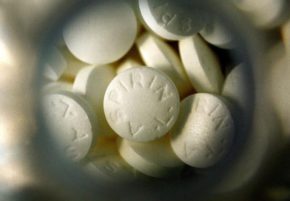 More than 20 people are being treated for the H1N1 virus, commonly known as swine flu, in the George area in the Southern Cape, it emerged on Friday.

A doctor and clinical manager from Walk -in Doctor George, Marcelle Herbst, said her practice treated a large number of patients this past week.

“We have diagnosed many patients with the H1N1 virus, and most of the local pharmacies have since run out of the antiviral medication, Tamiflu. At this stage I know of one pharmacy that still has stock,” Herbst said.

She told African News Agency (ANA) there was, however, no reason for panic.

“Unlike the first outbreak of H1N1 in South Africa years ago, doctors now know the airborne virus. We know what it is, and we know how to treat it,” said Herbst.

She said her practice treated mostly children under the age of two years and people with a weakened immune system.

“The cruel thing about the H1N1 virus is that a person only starts to show symptoms of the virus, a day or more after they already contracted the virus. They don’t know they are sick and get into contact with other people without knowing that they are spreading the virus.”

Herbst recommended that patients see their family doctor as soon as they start to experience symptoms, such as high fever, an aching body and red eyes.

“We give them the antiviral and recommend bed rest, isolation and lots of fluids,” she said.

“We got such a fright, and Jason had a very high fever. Luckily he was diagnosed correctly, and we can now look forward to his recovery,” said Van Huysteen.

Deputy director of communications at the Western Cape health Department, Mark van der Heever, said it was important to note that influenza H1N1 had been part of the seasonal flu strain since 2012, and that there would most probably have been confirmed cases in George or anywhere else in the country.

“However H1N1 is not a notifiable disease anymore. Anyone who had contracted flu should try as far as possible to avoid making contact with other people. When you cough or sneeze, do it into a tissue or the crook of your arm. Wash your hands frequently, take lots of fluids and rest,” Van der Heever advised.

Herbst said she was not aware of any fatalities due to the recent number of patients with H1N1.