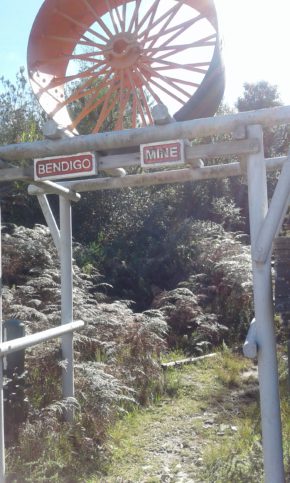 The Garden Route will open the campaign week with the launch of the Gold nugget cycling route in the Goudveld area on Sunday, the 11th September 2016 from 10:30am.  Park Manager for the GRNP, Paddy Gordon says ‘we’ve prepared various activities in all 3 sections of the Park to accommodate those who share our passion for protecting nature. The campaign week is a platform to share information, educate various visitors to the Park.’

The gold nugget route launch on Sunday, the 11th September 2016 has catered for junior/beginners, intermediate and advanced cyclists. The event is suitable for the entire family.

On the 15th September 2016, a high tea with stakeholders will shed light on the Frontier Region’s Western gateway- the Wilderness section of the GRNP which includes the Lakes area and forest areas (including Beervlei, Goudveld, Farleigh). The high tea starts at 11:00 until 13:00.

Key ranger in Goudveld, Dominique du Toit says Goudveld is fascinating for its biodiversity and its rich history.  ‘Back in 1876 gold was discovered by James Hooper along the Karatara River. Later in 1887, more discoveries were made in the nearby Millwood area. Millwood in those days had  hotels, a church, a shop, a surgery, a bank, school and a Post Office.   The two remaining houses from that era are used as a museum to showcase the area’s cultural history as well as a restaurant (Materiolli or Mother Holly). The goldfields are also still visible.’

This area is also where most of the woodcutters lived until they were removed from the forests in 1939. Renowned author, Dalene Matthee writes much about the lives of woodcutters.

Goudveld is a popular hide-away is 22 kilometres from Knysna, in Bibby’s Hoek to be exact. It is part of the Garden Route National Park (GRNP) afromontane forests, the largest continuous indigenous forest in South Africa. It is located on the lower slopes of the Outeniqua Mountains with a magnificent variety of fynbos, birds, amphibians, reptiles and mammal species.

All three Parks have free access events planned every day from the 11th – 17th September 2016 from guided hiking to bird and seahorse talks. Please visit the Park’s website to download a Programme: https://www.sanparks.org/parks/garden_route/ or on social media.

For more information on the cycling event and the High tea, contact Nandi Mgwadlamba, 044 302 5633 or nandi.mgwadlamba@sanparks.org