Kia Motors South Africa is embarking on what they have said is the world’s longest test drive for the launch of the  new Kia Sportage, from October 14 to October 20, starting ta Durban and finishing at Cape Point, travelling through six of the nine provinces over the seven day record-breaking attempt.

Brian Joss – The “World’s Longest Test Drive” will feature a fleet of 10 vehicles. There will also be a chance for consumers to win a new Kia Sportage by driving part of the route.

“As the vehicle that revolutionised the compact SUV market – and the Kia brand –in South Africa, the new Sportage will make a bold statement when it is launched here in October,” says David Sieff, Marketing Director of Kia Motors South Africa. “It’s a vastly improved vehicle in every way, and will prove itself during the test drive.” 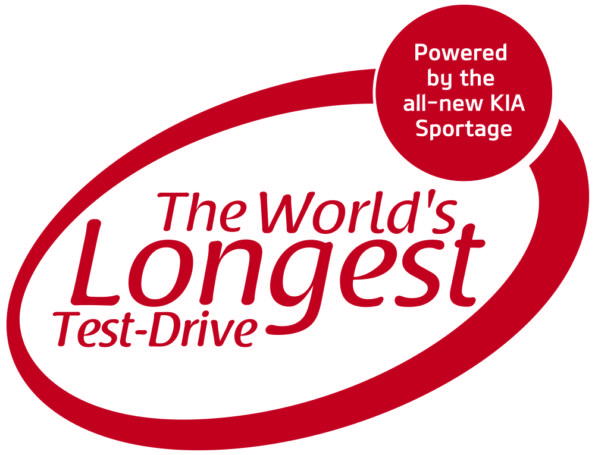 The 3 000 kilometre test drive relay will be filmed via active dashcams, drones and a 24-7 film crew as part of the event. Local artists and celebrities will also join the drive while Kia will deliver  educational supplies to schools in need, along the way. Visit www.kiaworldrecord.co.za for terms and conditions or if you want to join the ride. 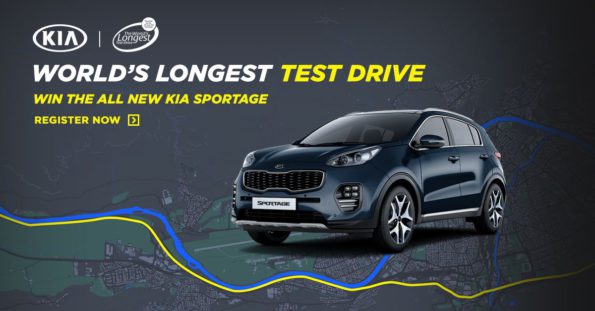