OUDTSHOORN, in the heart of the Klein Karoo, Western Cape, has become home to 3 young cheetah cubs who came into this world on an icy winters day in June 2016 at Cango Wildlife Ranch’s Private Cheetah Reserve. 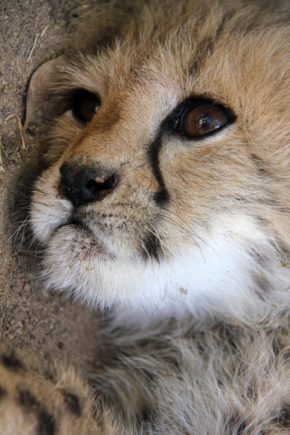 Born to mother Venus, these three cubs now form a proud part of the Cango Wildlife family. The 30-year-old facility boasts one of the oldest and largest Cheetah Centres in the world and has the highest survival rate of any cheetah institution registered on the International Studbook. The facility takes enormous pride in the practices they have in place to ensure high survival rates with the primary focus of raising strong and healthy genetically diverse cheetah to contribute towards in-situ populace.

Venus gave birth to the cubs in the privacy of her enclosure, and shortly after, carried the cubs into her night-quarters to attempt to shelter them from the cold. At just a few days old, we were forced to pull the cubs as the evening temperatures continued to plummet with growing concern from our Zoology Team. The mother and cubs are closely assessed for the first few days as it is the most volatile period. Once the cubs were taken into our care and assessed by our team, they went onto treatment for mild case of anaemia whilst mom remained healthy. The 3 cubs are now in full health and are growing rapidly! They have since been fondly named Raven (female), Reign & Rafiki (both male). All apt names in-keeping with their varied personalities. The little girl is extremely inquisitive and definitely the adventurous one of the bunch, giving her bothers quite a run for their money. The larger of the two male cubs seems to show greater independence, while the smaller one is already an avid runner showcasing the fastest mini-sprints of the three. 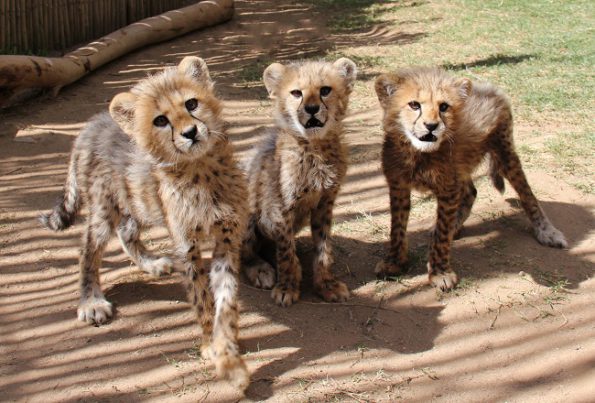 Now if this story isn’t special enough already… cheetah mum Venus is a miracle herself! In September 2013 Venus underwent surgery for bilateral cataracts to restore her vision. Three years ago, almost to the date, two Cango Wildlife Ranch staff members commenced the Great Trek to the Cape Animal Eye Hospital with our very valuable cargo. The decision was made to send her for the surgery after monitoring her for some time. Although it was determined that Venus had cataracts, an ultrasound had to be done in order to define the extent of the ocular degeneration, thus along with various other tests were done, including diabetes, to try and determine the cause. All tests came back negative and additionally indicated that Venus was an ideal candidate for the surgery. We managed to raise funds to assist us in facilitating this surgery and all was a huge success. Venus was transported back to the Cango Wildlife Ranch on the same day. Her cosy custom transit crate was placed in her enclosure and was slowly opened and, after a few hisses, Venus lifted her head. She leaned forward… took in her surroundings and it was like she was seeing everything for the first time. It did not take her long before she started exploring her enclosure… it was all new to her despite the fact that has been her home for some years.

The Cheetah – one of the world’s most fascinating and beautiful cats, is in danger. Highly specialised, the Cheetah is the fastest land animal on earth, achieving an incredible top speed of 120 kilometres (74 miles) per hour. Sadly this ability, which is used for hunting, has placed the Cheetah in direct conflict with man. In order to achieve these high speeds, the Cheetah requires open flat land – the same land man requires for agriculture. This loss of habitat, linked to low reproductive success (caused by poor gene diversity), has reduced Cheetah numbers to less than 10 000 worldwide. Habitat loss and inbreeding have led to a decreased population trend in cheetahs, as well as a battle with genetic deficiencies. The Cheetah Preservation Foundation at the Cango Wildlife Ranch was founded in 1988, with the principal aim of ensuring the survival of the cheetah and other endangered species, as well as educating our visitors about the plight of the these animals.

Venus has made a full recovery over the years, through much love, care and dedication from our entire team. Sharing the news of new cubs is always a proud moment for us …. but this time it is extra-special. Venus became a calmer and happier cheetah, devoid of the fear and uncertainty after regaining her vision. She gained a second lease on life… and now she is a mum! Venus’ cubby contribution means that we have harnessed and carry forward her valuable bloodlines furthering a genetically diverse in-situ populace. A win for the greater good of cheetah conservation.