14.09.2016, Cape Town – FOUR PAWS handed over a memorandum with more than half a million signatures, calling for an end to the barbaric and archaic practice of intensive breeding and hunting of ranched lions in South Africa, to His Excellency Prince Mangosuthu Buthelezi, leader of the Inkatha Freedom Party (IFP) and Member of Parliament. His Excellency presented this appeal to the Minister of Environmental Affairs, Honourable Edna Molewa. 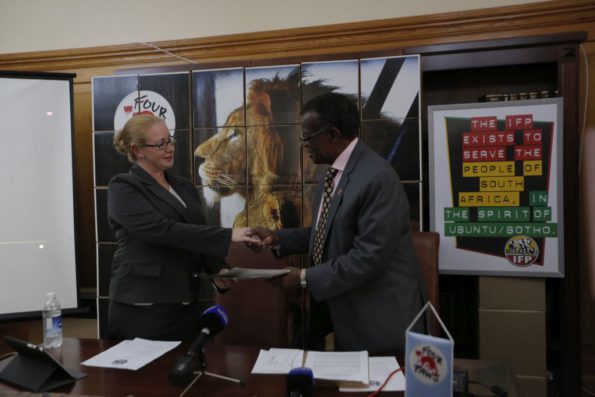 “’As individuals can and must act on our conscience.” Stated his Excellency during a press conference held to hand over the petitions. “That is what I am doing today. My conscience dictates that I walk side by side with Four Paws International” 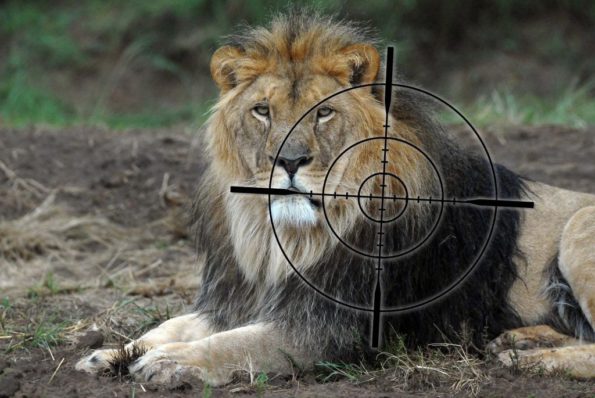 The problem of so called canned hunting in South Africa is severe. Each year more than 1,000 lions are shot, bred specifically for this purpose on approximately two hundred farms. The hunters pay up to 45,000 euros to satisfy their cruel hobby to shoot a defenceless lions who cannot escape. South Africa is the only country on the continent that continues to allow this practice despite public outcry and numerous protests.

During his speech, His Excellency Prince Buthelezi highlighted the fact that; “Legislation on canned lion hunting is weak, ambiguous and full of loopholes, enabling the continued hunting of captive-bred lions who have been taught to trust humans and, indeed, to come when we call.  Government has a responsibility to tighten legislation to offer full protection to our lions”.

A recent opinion poll commissioned by FOUR PAWS found that 76% of South Africans believe the canned hunting is unethical, while 59% do not think it makes a valuable contribution to the country’s economy. Fiona Miles, Country Director for FOUR PAWS South Africa, commented on the latest findings: “We believe that this poll is representative of the general public’s view on the practice of canned lion hunting, and confirms the international outcry for an end to the abuse”.

Furthermore the South African government has received widespread global condemnation for its support of the industry. FOUR PAWS believes that the results of the latest opinion poll and the petition handover are important steps towards protecting the species. Later in September the 17th meeting of the Conference of the Parties (CITES) will take place in Johannesburg. FOUR PAWS urges the South African Government to use the unique opportunity of hosting one of the most important global conventions to announce an end to the unethical practice of canned lion hunting.

In his letter handed over to the Minister of Environment, Prince Buthelezi stated “It is our hope, Honourable Minister, that during the CITES CoP17 you will use your position of authority to speak against captive-bred lion hunting, and to discourage international delegates from being lured by the prospect of petting a lion cub or walking with captive-bred lions through our beautiful bushveld as part of their South African experience”.

Fiona Miles said: “Today is the culmination of several years of intensive research and lobbying to bring a final and definitive end to this deplorable practice.” She went on to say that “it is in the power of South African parliament to secure the future of lions throughout this land”.

Along with the petition FOUR PAWS offers the South African government support on the development of an action plan that will lead to:

FOUR PAWS has been actively fighting against canned hunting since several years now. #REALTROPHY campaign launched by the international animal welfare organization encouraged people to stand against lion hunting by sharing their photos of what they think a real trophy was. The campaign was supported by several thousand people from all over the world.