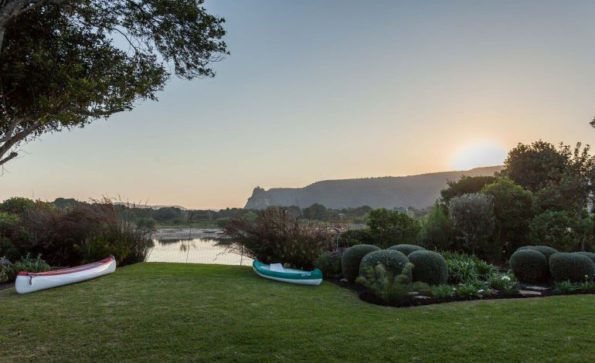 Other buyers are considering relocating for a better lifestyle, which includes living off the grid in a more sustainable life, in the coastal Garden Route areas of Knysna, Plettenberg Bay and Sedgefield.

Ling Dobson, area manager for Plettenberg, known as Plett, and Knysna for agent Pam Golding Properties, says there is a huge influx of interest from home buyers trying to break away from the cities. “Many are looking for the X-factor in lifestyle change,” she says.

“They want to be able to make a living off the land and seek substantial smallholdings that can be created into a sound source of income. These range in price from approximately R3.5million for about three hectares.

“In addition, we currently also have a few lucrative small businesses for sale, such as restaurants, concierge services, signwriting and furniture businesses which will allow for R1.4million to R6million.

“This is coupled with a marked increase in younger families currently situated both nationally and internationally, attracted by the good schools in these areas, wanting to spend time here before they make their final decision. Private schools such as Oakhill School and Greenwood Bay College are well respected and of similar high standard to those in Cape Town, Somerset West and elsewhere.

“Notably we are seeing an unusual number of people looking to relocate from upcountry, particularly from Gauteng, and are also hearing from Europeans, especially from Germany, France and Belgium.

“Some of these overseas buyers are showing an interest in guesthouses. In addition, Cape Town buyers are looking around and impressed with the value for money of homes in Knysna and Plettenberg Bay.”

Sales in the two areas have increased over last year (June 2015 to May 2016) with total sales across the market of R914million in Knysna and R745million in Plett, according to Lightstone research, with 30 and 28 sales respectively above R5million.

Across the total market the average sales price for these areas has increased 12.9% year-on-year to R2.275million, although unit sales were slightly down.

The new Plettenberg Bay Airport Road is set be completed before the year-end, which will make a huge difference for travellers’ access to both Plett and Knysna.

“News of the repair and reopening of the George-Knysna Choo-Tjoe steam train is good news for our area as it will definitely enhance tourist activity here in Knysna, especially as we hear of the possibility of being able to use the coaches for entertainment, for example conferences and weddings, as restoration is said to include four dining carriages as well as a new restaurant in Knysna Station.”

The line has been out of commission since 2006 when flood damage forced the closure of the popular Outeniqua Choo-Tjoe steam train between Knysna and George.

James McNaughton, Pam Golding Properties area principal in nearby Sedgefield, just 25km from Knysna and 35km from George, also welcomes the move by Knysna-based Classic Rail – appointed by Transnet Freight Rail as the preferred branch line concessionaire for 20 years – to commence restoration of the line.

The first phase is restoration of the line between Knysna and Keytersnek. The rolling stock also includes two freight cars which will be converted to open viewing carriages and 100-ton classic Class 32 diesel locomotives which were the first diesels used in South Africa.

After the Knysna section is operational, the second and third phases of the project will include reopening the line to George for the New Outeniqua Choo-Tjoe as well as for other tourist trains and eventually, freight trains by 2020.

McNaughton says once the train reaches Sedgefield it will provide an additional draw card for locals and newcomers.

“The train will add to attractions like the Knysna Oyster Festival, bike races, marathons and Knysna Forest trails with experienced field guides on hand. Sedgefield itself offers a host of leisure activities including beach sports on Myoli and Cola Beaches, mountain biking, horse riding, paragliding and canoeing on the Swartvlei estuary which winds through the middle of town to the river mouth.”

Activity in the residential property market in Sedgefield is brisk particularly, in the low to middle sectors, resulting in stock shortages. “This is a very lively market especially up to the R800,000 to R1million mark, which would acquire a vacant piece of land from four to six hectares in size or a small vacant erf – [a plot of land usually about half an acre in size] with a relatively basic cottage. A larger plot of say 10 or 11 hectares with a reasonable house on it would cost up to around R2.5million and above that sector we currently have an appealing English-style house for R3.95 million.

“We are also seeing a strong demand from those making a life’s decision to transfer from Johannesburg and other major metropoles, representing a mix of people buying for immediate or future relocation.

“Often they seek an investment for the future which they can use during holidays and let out for an income stream in between, and eventually retire here. Some are looking at hobby farming, keeping a few farm animals and growing some crops, particularly for the Wild Oats Market.”

Farmers from the northern provinces such as Limpopo region are showing interest in acquiring farms in Sedgefield, where there are no land claims – some downsizing to smaller properties and farming macadamia nuts or avocadoes or even starting something different such as truffle farming.

Plett is experiencing huge interest in farms and smallholdings, with wine farms in the area drawing high interest. “These successful wine farms have become a new holiday ‘have to do’ experience for visitors which is further boosting enquiries from clients wanting to farm berries and explore other tunnel-farm opportunities.”

“As is occurring in Knysna and Plett, we are also experiencing buyers coming into Sedgefield who are looking to go off the grid, including a recent couple of city dwellers from Johannesburg. Purchasers are taking the opportunity of converting their homes to run on solar power, with gas and back-up generator and boreholes, and run their homes very successfully.

“The building of houses is continuing apace and helping contribute to the economy of the area. Along the seafront of Cola Beach new owners are spending up to R10,000 per square metre, investing approximately R3million on building a generous sized quality home. An average home in Sedgefield – excluding those on the seafront or with very good sea views, can be had from R1.5million to R2.5million. Sedgefield is considered more affordable than Knysna and Wilderness and is more open and less congested, yet still with good access to shopping and other amenities.”