Musicians need fans and fans need musicians, but who’s taking care of both of them? Welcome to Boom.Studio. 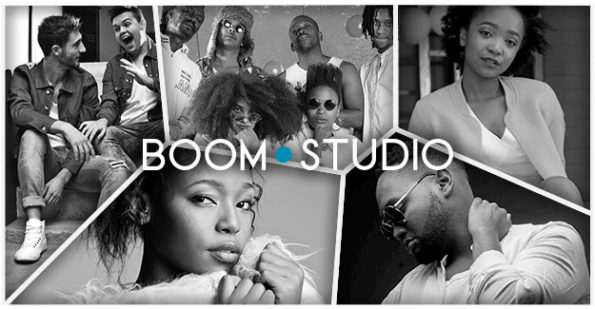 JOHANNESBURG – Tuesday, 20 September 2016: Mortimer Harvey has launched its own record label, Boom.Studio, challenging the way ‘traditional’ record labels manage their artists, create music and handle marketing. Boom.Studio offers the full package – a platform for creativity to flourish, while bringing artists and their fans together. In short, it’s a record label that has no limits.

Andrew Fradd, Group Managing Director of Mortimer Harvey, says Boom.Studio, a Mortimer Harvey OmniChannel company, is the first record label to be owned by an agency in the industry. “It’s about pushing artists, creating music that’s made for real people and driving brands into people’s lives. Our Boom.Studio team has years of successful A&R, marketing and promotional experience, with a proven track record, including the accomplishment of having discovered and produced multi-platinum-selling and South African Music Award-winning artists – we’re talking about Dave Thompson and Keith Lister.”

According to Dave Thompson, many talented musicians are great at creating original music, but it’s outside the studio that the real work starts. ”We have the resources to market artists and their music beyond online stores and music videos. We create brands. Everyone is looking for fresh stories and each song that our artists create is a story on its own. Competition is fierce, which makes it hard for new talent to break into the music industry. But now, because our main focus is discovering, developing and delivering talent, regardless of the genre, we’re creating new opportunities backed by years of experience to anyone with a special gift who believes in their art,” says Thompson.

Boom.Studio takes great pride in the artists they’ve signed to date. They vary from hip-hop to R&B and pop, and include:

Coopay: Our very own hip-hop king who’s taken the Maftown sound and turned it on its head to become something other than motswako. He’s the reason turning up is law in SA.

Lucille Slade: With a heart that beats R&B, soul and a touch of pop, Lucille is a leader and musician in her own lane. Get to know the sound of an unapologetically fearless artist.

RO: What’s a record label without a pop duo? Our two ‘bros’ have us covered. RO’s style is the definition of feel-good, catchy, hook-driven pop anthems.

Get Busy: More than a Mixtape brings together a whole hip-hop crew that’ll take you on a beat-dropping, storytelling journey – they are Get Busy. This isn’t just a music group, but a music movement driven by real passion. They take ‘street’ to a new level, and we’re glad they brought it to the studio.

NOPI: Still just 17 years old and tackling final-year exams, Nopi is Boom.Studio’s little sister of whom we’re all fiercely protective and supportive. Her debut single, Like a Dream, is a real ‘family affair’.

Gugu Shezi: Poised to become the next big thing on the Afro soul/jazz circuit, Gugu is a powerhouse singer/songwriter with strong musical roots in gospel and traditional music. After years of supporting some of South Africa’s biggest music artists, Gugu’s time has come.

Fradd emphasises that for brands that understand the importance of music and entertainment marketing, Boom.Studio is a fast track to the hottest new talent, with white label and e-commerce facilities to enable clients to distribute the music their customers want to hear.

Boom.Studio will be staging its first live showcase in front of an invited audience on Thursday, 6 October 2016 at the AFDA theatre in Auckland Park. The performances will comprise four tracks from RO, Lucille Slade, Coopay and Get Busy. In addition, there will be performances from guest artists.

For further details about the artists, visit boom.studio

Keith Lister’s history in the music business dates back to 1988 when he founded Lister Media Consultancy, focusing on the legal side of the industry. However, his influence was never limited to legal representation. He served as CEO for South Africa’s biggest record label, Sony BMG/Sony Music, from 1992 until 2011. Keith has worked with a large number of artists such as Vusi Mahlasela, TKZee, Just Jinger, Judith Sephuma, Lira and many more. He’s served on the boards of some of the most influential organisations in the country, such as the SAMAs (South African Music Awards), RISA (Recording Industry South Africa) and SAMPRA (South African Music Performance Rights Association). Now, in 2016, Keith has joined forces with Dave Thompson (who was his partner when they worked at Sony Music) to take Boom.Studio to new heights.

The company delivers true OmniChannel solutions and a full go-to-market service to clients through their team of in-house industry specialists in all fields.