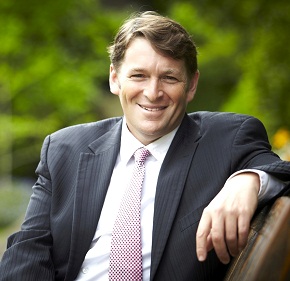 “The fact that interest rates have levelled off and remained stable following these last two MPC meetings sends a positive message to home buyers and the residential property market in general.

“Following the recent successful elections this is a further confidence boost for our economy and for those with existing mortgages or seeking finance for residential property acquisitions.”

Despite the fact that overall the residential property market in South Africa has experienced a slight slowing in activity since early 2015, Pam Golding Properties is experiencing stable and consistent sales turnover growth evidenced by year to date figures that are 10 percent higher than last year.

“Spring is here and traditionally this is a time when many people start considering selling, buying or relocating and as a result, it is a general truism that the market picks up from September with increasing levels of activity through the summer months into March.

“It remains to be seen whether this pattern reflects once more given that there are other factors at play that will have an influence, especially in the arenas of consumer affordability, bank lending criteria and general consumer sentiment that is driven by socio-political issues.

“However, we are optimistic regarding the outlook for the rest of 2016 as the market remains generally resilient especially in the Western Cape and other coastal areas such as the Garden Route as well as in other select markets such as Pretoria and the KwaZulu-Natal North Coast.”

“In the luxury market, most of the activity is on the Cape Atlantic Seaboard including Green Point, Mouille Point, the V&A Waterfront, Camps Bay, Clifton, Bantry Bay and Sea Point, a market which is characterised by a shortage of stock.  There is also some indication of selective interest in the top end of the Constantia market in Cape Town’s sought after Southern Suburbs.”

“Having said that, in high demand areas such as the major metros and in key price brackets, the main issue continues to be a shortage of quality stock.  Interestingly, we have seen demand for quality agricultural properties, especially those with reputable brands and that are commercially viable, mainly in the Cape Winelands.

“Apart from properties below R1 million which are generally where most of the domestic market is active, properties between R1 million and R3.5 million remain the most sought after. In particular sectional title apartments and security estates are in high demand as well as newly released developments in good locations and that are well priced for both owner-occupiers and investors.”