This World Heart Day, 29 September, the Heart and Stroke Foundation South Africa wants to create awareness to help detect and treat Congenital Heart Disease (CHD) in children, where it is often – and fatally – undetected or misdiagnosed. 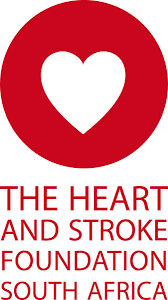 World Heart Day (WHD), which occurs on 29 September every year, can be described as the world’s biggest intervention against cardiovascular disease (CVD). It aims to raise awareness and encourage healthy lifestyle choices to reduce the risk of CVD, not only in adults, but in children too.

“Many people assume that children are not affected by heart disease, but we know that there are a large proportion of children who are born with a defect or abnormality of the heart or blood vessels, called Congenital Heart Disease (CHD),” says Professor Pamela Naidoo, CEO of the Heart and Stroke Foundation South Africa (HSFSA).

According to Dr John Lawrenson, Head of Paediatric Cardiology at Red Cross War Memorial Children’s Hospital and Tygerberg Children’s Hospital, roughly 1% of all babies born in South Africa are born with CHD or a congenital abnormality.

“In the province, there are about 96 000 births in the state sector, so you would be looking at roughly 1 000 patients born with CHD, about 40% of those are serious cases of CHD that require surgery every year – somewhere between 400 and 500 babies,” he says.

The Red Cross and the Tygerberg Children’s Hospitals form a combined service to treat children born with CHD in the Western Cape. “Between us we cover all the patients that are born with CHD and those that acquire heart disease in the province,” says Dr Lawrenson, adding that to help patients outside of Cape Town they have to undertake regular outreach trips to regional hospitals.

It was on one of those outreach trips in August that the team of paediatric cardiologists were able to examine Skyelah Ruiters, born to parents, Fabian Williams and Yolande Ruiters from George, in March this year.

After a difficult pregnancy, Ruiters went into labour and gave birth at home, but on the way to the hospital for postnatal care she noticed something was wrong with her baby. “Her tongue was sticking out and I saw symptoms of Down Syndrome,” says Ruiters.

The nurses confirmed her suspicion and called in two doctors to run tests, which also confirmed that Skyelah had CHD – she had a small hole in her heart – after which they made contact with the Red Cross Children’s Hospital to refer her for specialized care.

On 26 August, the medical team diagnosed Skyelah with a serious cardiac problem and she needed to be prioritised for surgery at the Red Cross Hospital in Cape Town. The family were brought to the city and Skyelah underwent surgery on 12 September to close the hole in her heart.

“I knew there was something wrong with my pregnancy [but] it didn’t sink in that Skyelah would need an operation. When it did, it was heartbreaking because we thought, ‘Are we really going to put our child through this?’” recalls Ruiters, who is a Grade R teacher at a primary school and has three other healthy children at home. “I had to leave my work to take care of her – I was not expecting that. But I’m happy because after three days she started doing well – so I’m glad we did the operation.”

Professor Naidoo emphasises the significance of World Health Day in highlighting – at a global and a national level – the difficulties that people who develop heart disease are facing: “We want to bring to the world’s attention the importance of knowing how to prevent and manage heart disease,” she says. “Proper diagnosis and treatment can make the world of difference in young lives.”

The vital role of parents and caregivers

According to Dr Lawrenson, they’re currently only meeting the needs of about 60% of cases where children are born with CHD and the biggest reason for the shortfall is poor recognition and low awareness by parents and healthcare professionals. He reports that sometimes CHD isn’t detected because it gets confused with pneumonia or infection, or parents may not have access to a doctor and the nurse might not hear a murmur or realise the abnormality is there.

Prof Naidoo says that certain heart defects can be picked up by prenatal scans, and that parents should ask the sonographer to check that the heart has four chambers and that the flow into the lungs and body is normal. “If not, your sonographer should refer you to a specialist for a detailed antenatal scan,” she says.

“After birth, ask if there are any problems with the baby’s heart before the baby leaves the health facility where they were born and ask for a pulse oximetry test to be done. This is a safe, easy and non invasive test to detect CHD, that only takes three minutes to perform.”

Dr Lawrenson warns that if CHD is not picked up at birth the child can get to a stage where his or her body compensates for the abnormality and this results in such changes that it can’t get repaired. “They become inoperable and their life will be shortened as a result of their inoperability.”

“Parents play an important role because their being knowledgeable and aware of childhood illnesses and medical conditions can contribute to the child’s overall wellbeing in the long-term,” says Professor Naidoo.

She advises that if a new-born is tested for CHD, treatment can begin almost immediately. “It is preventable and a child can lead a very healthy life if it is detected early. If babies aren’t tested before they are discharged from hospital, the real problem will only become apparent when the child becomes symptomatic. Then it might be too late.”

“Congenital heart surgery in many cases is curative, and in nearly all cases it provides patients with a high quality of survival where it is not curative,” says Dr Lawrenson, who compares today’s odds to back in the 1960s when up to 90% of babies born with CHD were unlikely to live to see their first birthdays. “Currently, more than 90% of patients survive well into adulthood.”

What can parents can look out for?

The first organ that develops is the heart, so by the time the mother realises she’s pregnant the heart is already formed. “When the baby is 10 weeks old in the womb the heart’s formed already so there’s nothing you can do after that to stop the problem. So mothers who’ve had a previous child with CHD or who’ve had a repaired heart abnormality should opt for antenatal screening or a high level scan because the risk of having another child with CHD is higher,” says Dr Lawrenson.

“If parents are given the knowledge during pregnancy planning and during pregnancy, they will remember at the child’s birth to request these tests and remind the doctor that they want to ensure their child has an overall sense of wellbeing, and is a healthy child,” says Professor Naidoo. She adds that symptoms to look out for are a heart rate that is too high or too low, breathing too fast or too slow, pale, blue or dusky skin and cold to touch, especially hands and feet. In older children additional symptoms include shortness of breath, lethargy, poor weight gain, and overall functioning below their age group.

“If your baby doesn’t feed properly – gets very short of breath or sweats during feeding – has blue lips or fingers, the parents mustn’t take no for an answer because that’s a sign of serious CHD,” says Prof Naidoo.

When asked what World Heart Day means to her now, Yolande Ruiters responds: “It means something more important to me now. It will be an important day for me because I know what heart patients go through. I know how it feels to be a heart patient’s parent. I also learned something new – I never knew about the symptoms, the cold feet, the heart beats, the sweating, – I took some pamphlets and I’m going to give it to people in my community who don’t know the symptoms of heart disease.”

SMS the word “Smart” to 38502 to donate R10 to improve the lives of children in paediatric cardiac care units in South Africa as part of the Heart and Stroke Foundation Smart Little Hearts campaign.

World Heart Day takes place on 29 September every year and is a chance for people across the globe to take part in the world’s biggest intervention against cardiovascular disease (CVD).

The HSFSA in partnership with the World Heart Federation and the South African Heart Association are celebrating this World Heart Day by lighting up Table Mountain in red as a sign of solidarity in the fight against heart disease in South Africa.  Key landmarks will be lit up in Europe, Africa, Asia, the Middle East and North America as world leaders unite to empower individuals and communities and urge policymakers to take note that CVD can be prevented through ensuring a health-enabling environment and adopting healthy behaviours.