Once again, the Eden District Municipality’s (Eden DM’s) Firefighters did it!  They have confirmed their nickname, “MANNE SONDER LONGE”, by winning the overall competition, including the relay category of the 2016 South African Toughest Firefighter Alive Competition. 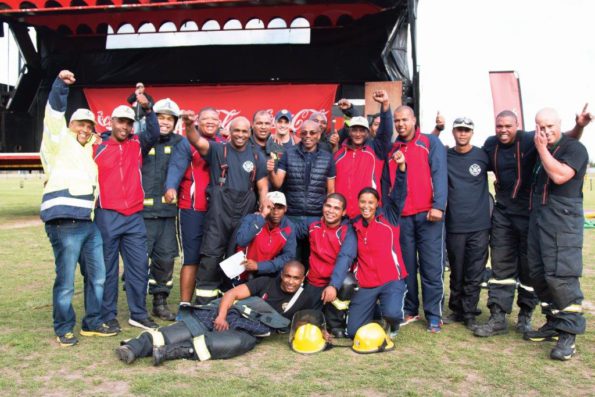 The 5th South African National Toughest Firefighter Alive (TFA) Championship was hosted by Eden DM, in partnership with the Firefighters for Excellence Foundation in George, on 30 September – 01 October 2016.  One hundred and fourteen (114) individual competitors and 27 relay teams battled it out in a 4-stage competition. 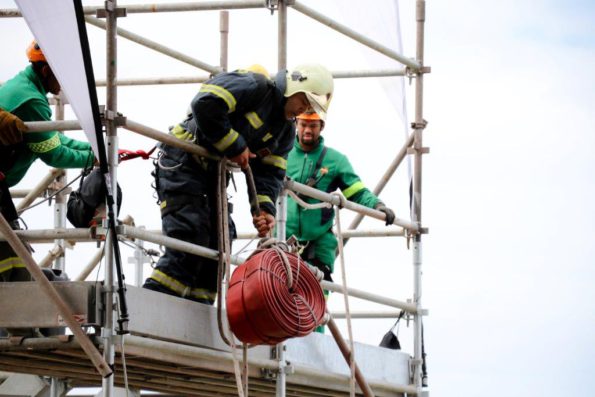 During the opening ceremony, the Eden DM Executive Mayor, Cllr Memory Booysen, acknowledged firefighters for the remarkable work that they do on a daily basis.  “Today, I am privileged to be in the presence of greatness, regardless of your different ranks,” he said.  “You are all lifesavers in the true sense of the word, because when we sleep, you save lives and conquer disastrous events.”  In closure and on a lighter note, he mentioned that he saw that a lot of firefighters seemed nervous, but he then explained that it could be because they were in the presence of the reigning champions – Eden DM Firefighters.

For two days, the strength, coordination, skills and physical fitness of firefighters were tested and audience witnessed a gruelling display of skills, discipline and teamwork.  On Saturday evening, Eden DM Municipal Manager, Mr Godfrey Louw welcomed an exhausted group of competitors during the prize giving gala event that was also attended by some of the local sponsors. He expressed his amazement at the endurance, strength and physical power he has witnessed during the competition.

For the fourth consecutive year, Eden DM Fireman, Mr Emile Conrad won the individual and overall Toughest Firefighter award. The runner-up was Mr Gumede Cyprian from Ethekwini and in third position, Mr Chevon Hendricks from City of Cape Town. One of the Eden DM Relay Teams also won as overall winner in the relay category.   Ms Precious Mpungose and Ms Simangele Mbangwa, both from Ethekwini Municipality, respectively won the first and second places in the women’s category, Ms Leoni Dysel from Stellebosch municipality ended in the third position.

Mutual respect, camaraderie and professional sportsmanship, was witnessed throughout the competition.