The DA’s Shadow Minister of Tourism, James Vos, has called on the government to put its energy into reviving the country’s budget resorts in order to stimulate domestic tourism. But will it work? 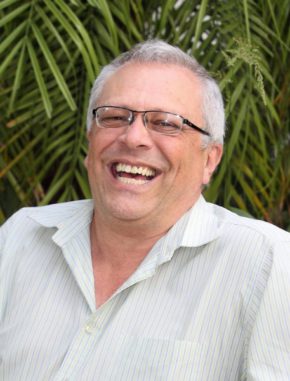 In Budget Resorts: Solution to domestic tourism growth, he says it would – but I think he’s missed the crucial starting point, and that his plan will fail unless we pay this starting point some serious and urgent attention.

If Confucius was correct (“Study the past if you would define the future”), we’d do well to look at how the English became a society of holidaymakers – and it’s interesting to note that it was largely through the work of one (South African-born!) man.

Wikipedia tells us that Billy Butlin returned to England after serving in the First World War, “bringing only £5 with him. Investing £4 of that money to hire a stall travelling with his uncle’s fair, Butlin discovered that giving his customers a better chance to win brought more custom in, and he quickly became successful. One stall became several, including prominent locations such as Olympia in London, and Butlin soon was able to purchase other fairground equipment, and started his own travelling fair. He proved successful in this endeavour as well, and by 1927 he opened a static fairground in Skegness. Over the next 10 years Butlin expanded his fairground empire, all the time harbouring an idea to increase the number of patrons in his Skegness site by providing accommodation.

“Butlin’s first holiday camp opened at Skegness in 1936, followed by Clacton, two years later… In the post-war boom, Butlin opened four more camps at Mosney, Bognor Regis, Minehead and Barry Island as well as buying hotels in Blackpool, Saltdean, and Cliftonville. By the time he retired in 1968, Butlin had allowed hundreds of thousands of holidaymakers a self-contained vacation with a variety of entertainment.”

… And here’s the kicker: Billy always was a showman, and it was the show that made the accommodation a success.

Wikipedia again: when the Skegness camp opened, “Butlin realised that his guests were not engaging with activities in the way he had planned; most kept to themselves, and others looked bored. He asked Norman Bradford … to take on the duty of entertaining the guests, which he did with a series of ice breakers and jokes. By the end of the night the camp was buzzing and the Butlin’s atmosphere was born. From that point on, entertainment was the very heart of Butlins and Bradford became the first of the Butlin’s Redcoats. The same night Butlin decided that for his camp to work he would require many more people to carry out the same job as Bradford, and the role of Redcoat was conceived.”

Returning to James’s article: “My oversight visits have shown that many resorts in small towns have become dysfunctional. This is reprehensible. These resorts, built with taxpayers’ money, are a huge liability for these municipalities.” (He cites “an audit which has identified about 700 resorts that are under-utilised.”)

And yes, this is tragic indeed – but tourism doesn’t need accommodation until (and unless) it has experiences to offer. And no amount of repair or upgrading will do anything to bring the punters in – even given our Sho’t Left campaign. (As James points out: it’s “too narrow, focusing exclusively on the young and upcoming…”)

The constant (and understandable) complaint from government – that tourism isn’t doing enough to transform itself and become much more inclusive – has relevance here, too.

Simply getting more people to go away won’t change things. Indeed, James’ plan might even concentrate hospitality even more deeply in the hands of a few large organisations – be they private, government-owned, or mix between the two.

But offering more experiences – this, surely, is where development would work?

Development has to have a purpose, of course. We can’t just do development for development’s sake. One more workshop to develop better bead-workers or train better waiters and I’ll puke. In fact we’ll all puke, and probably even choke.

In contrast to what tourism’s been doing, take the film industry – where a kid who starts as a runner can conceivably, and in a relatively short few years, rise to become a cameraman or an editor. a director or a producer. (And many – many! – of them do.)

I once asked the manager of the South African leg of an international film festival why filmmakers put so much effort into getting these youngsters onto their feet.

Surely all that new, raw talent threatens the guys at the top? Disturbs the status quo?

He looked a bit puzzled, as if the answer was a no-brainer, before he said: “But we constantly need new talent or the industry will stagnate.”

This, then, has to be James’ – tourism’s! government’s! – crucial preliminary step. (Oh, and thinking about it – finding, training, and nurturing experience-makers would surely be less expensive in the short-term than spending bazillions on upgrading resorts that won’t be used unless they offer those experiences?)