From blockchains to mobile wallets and robo advisers, the financial realm is a veritable hotbed of technology innovation and development. 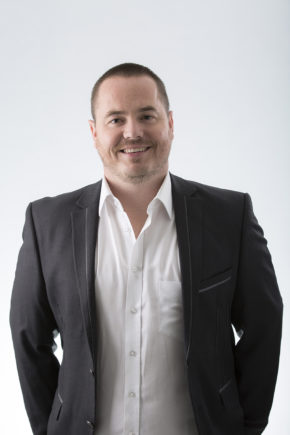 Unlike many other large and established sectors (legal, medical, insurance), the financial sphere has proved to be willing to rapidly adopt and test new, tech-driven solutions to age-old problems. In SA, for example, one major financial institution has turned to gamification and augmented reality in order to bolster internal training and development programmes. More specifically, the organisation sought to incorporate an element of gamification into its group on-boarding training.

Kirsty Chadwick of the Training Room Online – which creates customised digital learning solutions – explains that the company was looking to digitise part of the on-boarding process, which has always been a traditional, classroom-based affair.

“They wanted to introduce a strong digital component and create a dynamic, blended learning experience,” explains Chadwick. “The primary goal was to include a digitised element that would engage and excite the users, ultimately inspiring them to embrace and internalise the existing content. These elements seek to augment the current programme taking the on-boarding experience to the next level.”

In partnership with SA augmented reality and game developer studio, Fuzzy Logic, Chadwick’s team developed a concept that leveraged the existing training format – classroom with an adjudicator – and weaved in a powerful game component to the process.

Essentially, each group of learners was assigned an augmented reality image marker, which, when viewed through an iPad, brought to life a seed. Through answering questions and taking part in ‘events’ during the training course, individuals or groups could win points which helped the seed grow into a tree. The rate of growth was determined by the performance of the individual or group, and the tree would  move through the seasons illustrating the progression of the participants through the course. Using these augmented reality elements, Fuzzy Logic designed a highly visual experience that not only heightened the gaming element, but also ensured that the training became both fun and compelling for users.

“Gamification looks at the way people engage with content, systems or even people, and it tries to enhance those interactions and ultimately improve the outcome,” explains Jason Ried, MD, Fuzzy Logic.

“Training is a very natural place for gamification, as there is already what we call ‘a core loop’ within it – which neatly mimics that same element within games. Users or trainees learn, perform, and are finally rewarded.”

The ‘game’ or training process cannot be too straightforward or predictable, cautions Ried, and it also needs to reward and acknowledge each participant – each of whom has varying strengths, weaknesses and skill sets – in ways that appeal to them, sometimes as individuals and sometimes as a group. Indeed, when we ‘win’ or accomplish a goal, the feel-good endorphins are released, and we naturally seek more.

According to Ried, the best games are strategically layered in such a way as to ensure the best ratio of playing to winning as this ensures that users are perpetually chasing the endorphin-fuelled high (hence the addictive nature of our favourite games!).

“You can’t reward people [within the game] for every action as the endorphin element will become less effective,” he adds. “By breaking that constant positive input, you create an imbalance or a challenge to the user’s brain. If something is hard or difficult and you then overcome the challenge, the resulting endorphin output will make you feel even better than before.”

As technology becomes both more sophisticated and accessible, it is likely that solutions incorporating Augmented Reality and gamification will become more prevalent.

“For companies of all sizes and across sectors, these types of tech-driven interventions can be a radical game-changer, for staff, leadership and ultimately their customers,” adds Ried.

About Fuzzy Logic
Fuzzy Logic is a games, augmented reality (AR) and apps developer that is at the cutting edge of software technology. Based in George in the Western Cape, Fuzzy Logic was formed in 2011 by Gautenger, Jason Ried, and brings together top-class artists, animators and programmers, with the more experienced members having worked on technically complex, award-winning AAA video games in the UK, such as Split/Second, Disney Universe and Championship Manager.

The team prides itself on the ability to deliver quality, creativity and professionalism in their mobile games and apps, employing games analytics, behavioural psychology and user research to create entertaining, commercially successful products. To date, Fuzzy Logic has not only released chart-topping products, but has also won a European AR award and worked with high-profile clients such as Vodafone, Castle Lite, Woolworths, Standard Bank and Nederburg. Fuzzy Logic has just started work on a big budget, highly ambitious game for an international toy company, details of which are currently under wraps.

About Jason Ried
Fuzzy Logic is the brainchild of Jason Ried, who grew up in Springs in Gauteng in the era of the ZX Spectrum. He’d rush home from school, and later work, foregoing lunch to play Pro Evo with his best friend, dreaming of the day he’d get to make his own games.

In 2002, Jason took a huge leap of faith and moved to the UK to pursue his dream. Starting off as a Quality Analyst at Eidos Interactive, he worked his way up to Associate Producer. He worked on big budget, AAA games such as Championship Manager, Just Cause 2, Tomb Raider, Hitman and Wacky Races, before moving to Disney Interactive Studios in 2008 where he was part of the team that produced the award-winning game Split/Second.

In 2011, Jason was given the opportunity to move back to South Africa to start up his own development studio. He decided to focus on the latest technology, augmented reality (AR), as well as apps and mobile games. Setting up in George, in the heart of the Garden Route with a view of the beach, Fuzzy Logic was born.

Jason’s vision for Fuzzy Logic is to create world-class games and apps while growing the games industry in South Africa which has a wealth of untapped potential and talent. To date, Jason has led Fuzzy Logic in releasing chart-topping products, winning an international award and starting work on a big budget, highly ambitious game for an international game and toy company.