(JOHANNESBURG) October 25, 2016 – Powered by the all-new KIA Sportage, which was officially launched in South Africa on 21 October 2016, KIA Motors South Africa has officially set the record for the World’s Longest Test Drive Relay, announced by RecordSetter in Cape Town on Thursday, 20 October 2016. 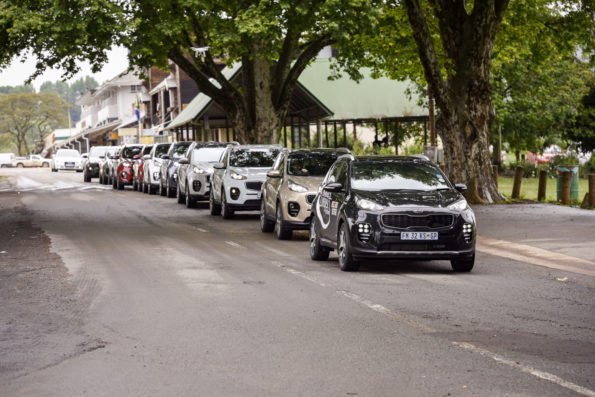 The team, together with 520 test drivers selected from more than 30 000 entries, covered a total of 3,291km while driving through six South African provinces over a seven day period.

The test drive kicked off from Durban on Friday, October 14th and ended at Cape Point on Thursday, October 20th. The journey saw an array of various activities and experiences, while meeting KIA fans from all walks-of-life, visiting iconic landscapes, waterfalls, religious temples, jumping off the Bloukrans River Bridge and seeing South Africa’s most spectacular sights.

“When we set off on this world record attempt, our aim was not only to showcase the all-new Sportage to as many people as possible, but to give them a tangible and memorable experience while actually driving the car,” says David Sieff, Marketing Director for KIA Motors South Africa. “The excitement levels were high throughout the journey, with great participation and many surprising moments for all involved. We thank each and every person who contributed to this phenomenal experience.”

The World’s Longest Test Drive featured a number of prominent partners, and special thanks goes out to vida e caffè for keeping the crew and test drivers awake during the journey, to Butterfly Products for gifting Itemeleng Primary School in Reddersberg copious amounts of much needed educational supplies, and to GoPro for capturing every moment of the journey candidly and authentically.

KIA’s entire record-setting experience, which was accompanied by Instagrammers Mike Eloff and Lebo Lukewarm, was filmed every step of the way thanks to active dashcams and a 24-7 film crew. Head over to www.kiaworldrecord.co.za for a recap of what went down.