A year of exciting development with soccer and life skills training for over 600 school boys culminated in a tournament at Lusaka Sports Complex in Swaneville on the West Rand on 29 October, to celebrate the year and give the players the opportunity to pit their burgeoning soccer skills against each other. 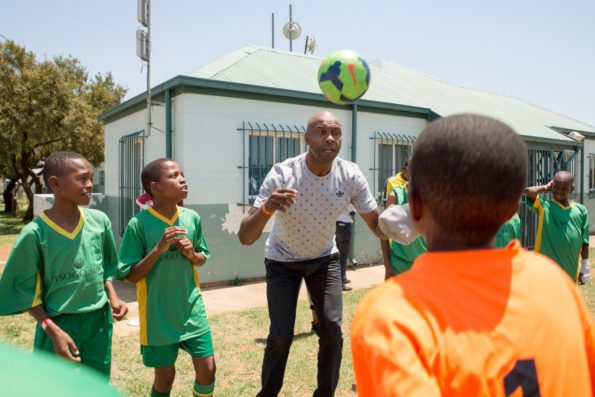 The Tsogo Sun Soccer Academy’s 2016 Season Closing Tournament featured three divisions – U12, U14, and U16 – with the top teams from the Academy playing round-robin games to determine the overall winning teams. At the end of the one-day tournament, all teams received a certificate and medal for participating, and trophies were presented to winning teams, selected top players and coaches from the season.

Says Shanda Paine, Tsogo Sun’s Group CSI Manager, “Soccer is a universal language and it has proved to be an excellent catalyst for all-round development of our participating youngsters, with a strong focus on life skills, values, and academic success. The aim of the programme, while effective in providing a healthy extra-mural activity, is also to provide youngsters with opportunities to become responsible young adults through an approach that also identifies and develops sporting talent and tertiary education opportunities.”

The Tsogo Sun Soccer Academy, which is sponsored by Silverstar Casino, has 629 learners in 64 teams from 35 Mogale City schools – 25 primary and 10 high schools – who participated in the School League during the year. In addition, the Tsogo Sun Soccer Academy also includes a talent development programme consisting of four teams – U14 / U15 / U17 / U19 – that are made up of players from across all the schools in the programme and that have joined the highly competitive Soweto Football Association League. They are a selection of the strongest players who show the greatest potential in the game combined with strong off the field discipline and commitment.

The Academy has been operating in various communities on the West Rand since 2010, providing weekly training and interschool league matches, talent identification and development, as well as life skills development to encourage youngsters to reach their full potential.

The tournament has also become a good hunting ground for soccer scouts and several talented young players have been scouted by clubs such as Kaizer Chiefs, Bidvest Wits, Supersport United and Orlando Pirates over the years – and are doing well.

Paine says that the Tsogo Sun Soccer Academy programme is strongly supported by the local district of the Gauteng Department of Education. “We have a strong collaboration with local school district officials, schools and their educators, as well as the parents of the young players, and how we all work together to equip their children to make better choices throughout their lives,” she adds.