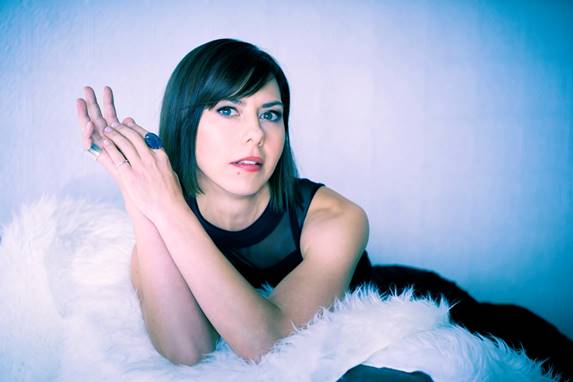 The album was written and recorded both in Seattle and Stellenbosch, which resulted in songs infused with the Seattle sound and a strong Afrikaans South African vibe.

Amanda Lamprecht, or in short “Amandala” has been making a living playing music and teaching yoga among other things in Seattle, US for the past 15 years. In 2014-2015 she co-wrote and recorded her English Album ‘Far and Wide’ at London Bridge Studio Seattle with world famous music producer Jonathan Plum. London Bridge studio is well known for their work with artists such as Macklemore, Pearl Jam, Temple of the Dog, Alice in Chains, Blind Melon and many more. Amandala has now recorded her first Afrikaans album “Alles Wat Jy Lief Het.” and is currently in South Africa to introduce the new album to her South African fans. The first single off the album, “Jeffreysbaai”, was released to SA radio stations in October and can currently be heard on various community radio stations.

Music has always been part of Amanda`s life. A few years ago she began playing and singing in many different American bands in Seattle, but it was in 2014 that things started to open up for her solo career. The well-known music producer Jonathan Plum heard her voice and expressed interested in making an album with her. Amanda says that it was a great honour to work with Plum:  “In America they think that I sound like Dolores O’Riordan of The Cranberries and Björk. They also love my slight ‘boere’ accent.  People in Seattle are always interested in music that are homegrown and they support local artists. There is a deep appreciation for music that has a uniquely ‘Seattle Sound’. Many musicians have moved to Seattle to be influenced and inspired by the melting pot of talent within the music industry here. Indie rock, dream pop, dream rock, post punk and grunge music are the main genres in Seattle.” Video of single ‘Nothing’ from album ‘Far and Wide’ here: https://youtu.be/rODX3JIjhOM

The road is wide open for Amandala and Seattle. But she has been missing her roots all these years and homesickness is not something that goes away. She felt that the time was right for an Afrikaans album. “I wanted to create and share music and lyrics that could reflect on my South African roots as well as my life up to now. Writing, singing and creating an Afrikaans Album was an avenue to do just that. I include Afrikaans songs in my sets in Seattle and people love it.”  The album was written and recorded both in Seattle and Stellenbosch, which resulted in songs infused with the Seattle sound and a strong Afrikaans South African vibe.

The songs on the Afrikaans album “Alles Wat Jy Lief Het” deals with the listener`s emotions, expectations, victories and highlights, as well as the insights, joys and peace that comes with time. Sometimes songs are sweet and beautiful and sometimes it rocks. Amandala’s round tones and nuanced unorthodox singing hints at a deep intensity which grabs the listener and draws them into melodic catchy tunes with twists and turns that surprises. Amandala also included some interesting voice work on the album. She says: “I used my voice sometimes just as another instrument, to convey a particular feeling within a song. I was also influenced by the music and writing style of Hildegard von Bingen especially for my song “Die een vir haar” and how she made use of certain intervals and the speaking word within her music to stir at core emotions.”

The first radio track on the album is titled “Jeffreysbaai.” Amanda says: “All of us remember a nostalgic vacation: Sun, sea, love and friendship. I still remember my boyfriend and me in J-Bay in a small Volkswagen with the surfboard between us, wet swimsuits, sticky salty hair and music blaring over the radio, having the best summer ever. I wanted to convey that fun, happy, carefree, holiday feeling with this ‘Jeffreysbaai’ song. ”