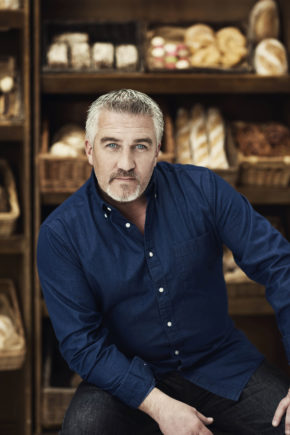 JOHANNESBURG: Tuesday, 15 November 2016 – Food Network announced that it will feature Cape Town in the second series of award-winning Paul Hollywood City Bakes. Produced by Reef Television, filming in Cape Town is scheduled for February 2017, with the show set to premiere on Food Network, DStv Channel 175 in May 2017.

The first series premiered on Food Network in September 2016, and to accommodate the audience demand for all things Paul Hollywood, the new series has been extended from 30 to 60 minutes.

“South Africa has stunning landscapes, lovely local produce, and a dynamic baking scene. It was an obvious choice to take Paul to Cape Town for series 2,” said Kevin Dickie, Senior Vice President, Channels Group, Scripps Networks Interactive, UK & EMEA. “We are delighted to welcome Paul back to Food Network and even more so to take him to South Africa.”

“I’m looking forward to returning to Food Network for what promises to be another great series of Paul Hollywood City Bakes,” said Paul Hollywood. “When asked if I wanted to visit South Africa it was a very easy yes! There are many bakes on my list to try, but I am particularly looking forward to sampling mosbolletjies, soetkoekies and traditional koeksister.”

Paul Hollywood City Bakes is the latest Food Network show to showcase Cape Town. Cape Town is also the location for the third series of Siba’s Table which is filming in November this year.