A series of fun Tsogo Sun Moves for Life chess tournaments for both learners and teachers were hosted around the country by eight sponsoring casinos in September and October to mark the end of another successful chess year. 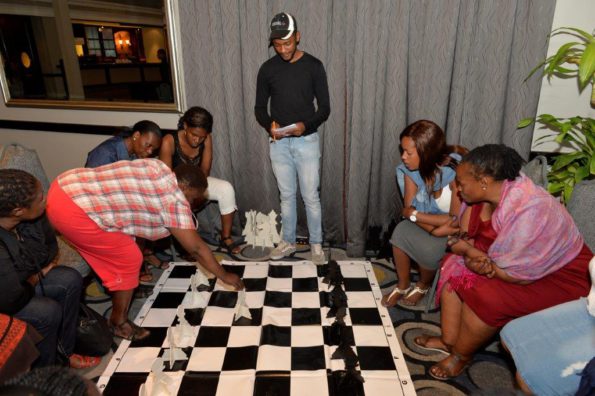 Nationally, Tsogo Sun Moves for Life operates in 57 schools around the country, supporting more than 23 000 participating learners, 560 educators, and 22 tutors from the local communities. The participating casinos Montecasino, Gold Reef City, Silverstar, Blackrock, Garden Route, Mykonos, The Ridge, and Goldfields, each supports the programme at primary schools in their respective areas.

The learner tournaments create a platform for the players to participate in a formal chess tournament, enabling them to put into practice professional sportsmanship and conduct, while testing their skills against their peers from neighbouring schools, and making new friends. They were played in a Swiss-system format for Under 9, 11, 13, and 15 age categories, with the winning schools achieving the highest score per average.

“It was an excellent opportunity for the children to have a fun day out, and to reap the fruits of all the hard work they put into learning the game during the year,” says Shanda Paine, Tsogo Sun Group CSI Manager. “They went home having gained a lot of experience, learned new chess rules, practiced good sportsmanship, improved their powers of concentration, and learned how to be polite to their opponents, patience and good behaviour, among other skills.”

The teacher events were fun and informal chess tournaments specifically to thank teachers for their valuable contribution to chess programme. Says Shanda, “We’re extremely aware that the strength of the programme is dependent on the dedication, enthusiasm, and hard work that the teachers put in, as well as the sacrifices that they make to ensure the success of the programme. We’re indebted to them and this is one way we can treat them to a day of entertainment and fun at our participating casinos.”

Different work stations were set up where the teachers competed in friendly games such as quizzes and board games that tested their chess knowledge, as well as the classroom activities and integrated lessons that they had implemented during the year. The tournaments also served as social year-end events for the teachers in the programme.

The aim of the Tsogo Sun Moves for Life programme is to use chess as a tool for education which helps improve children’s mathematics, science and problem-solving skills. “The idea is to improve the cognitive and analytical abilities of youngsters by exposing them to the mental discipline provided by the game of chess,” says Amanda Fourie, GM of Tsogo Sun Moves for Life. “The programme intentionally links chess principles to life skills, mathematics, science and language – and it’s working towards impacting the improvement of the educational performance of as many children as possible, by unlocking their full mental and social capabilities.”

Adds Paine, “We’re very encouraged by the support and enthusiasm we are getting from the principals, the teachers, and indeed the learners in the schools that have Tsogo Sun Moves for Life chess. This is an important part of our Citizenship programmes and we look forward to seeing these young people and teachers reap the benefits of chess in their lives in the future.”