South Africa has been named the “Offshoring Destination of the Year” at the 2016 Global Sourcing Association (GSA) awards ceremony. 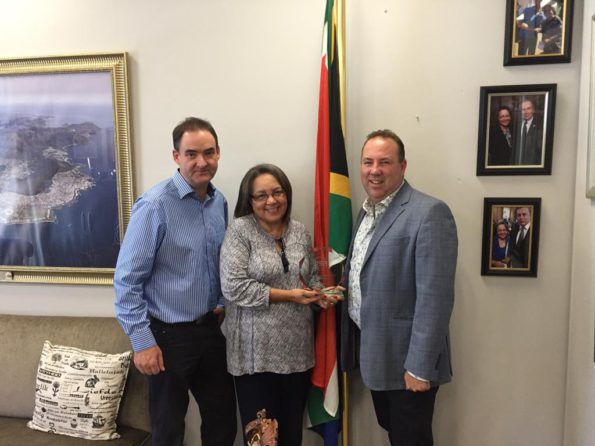 Previously branded the National Outsourcing Association (NOA) awards, the GSA award ceremony rewards best practice and celebrates the efforts of organisations and teams who have demonstrated excellence in the outsourcing world in 2015/16. This year’s ceremony brought together more than 350 members of leading outsourcing service providers, advisors and buyers.

The award is a huge achievement for South Africa as it is driven by the UK market which makes up the majority of BPO & Offshoring investment.

“This is great news, and an excellent achievement for our business-process outsourcing (BPO) sector. The BPO sector is delivering a boost to jobs and growth in the province, especially for young people”, said Western Cape Minister of Economic Opportunities, Alan Winde.

The Minister of Trade & Industry, Dr Rob Davies says the award follows a rigorous assessment process and will enable the sector to grow and continues to attract investments.

Davies adds that “South Africa offers value beyond a cost arbitrage, with investors reporting positive operational effectiveness and revenue impacts. Since 2012 the South African offshore Business Process Services ( BPS)  market has experienced compounded average growth of 25% year on year and now boasts around 30,000 offshore jobs, with the U.K being the leading buyer of South African BPS services followed by Australia and the USA which is rapidly growing,” says Davies.

Last year alone 5,000 jobs were created across the country. Interim CEO at BPESA, Fagri Semaar, is bullish about the future: “The GSA award is recognition of the South African value proposition. Our order books are being filled up and we can expect accelerated job creation in 2017”, he enthuses.

BPESA operates both as a specialist investment promotion agency for business process outsourcing (including contact centres) and as a national trade association and networking body for the industry.

The mandate of BPESA is to create jobs. It does this by raising awareness of the industry’s potential internationally thereby assisting in attracting new investments. It achieves this by helping to create an enabling environment for investments to thrive and grow – developing the skills base, supporting SMEs, and providing linkages to national and regional government, ensuring the implementation of pro-growth policies.