9 December 2016: According to a report by the McKinsey Global Institute, the drastic increase in the flow of data and connectivity in the third world has made it possible for more companies to reach international markets with less capital-intensive business models. 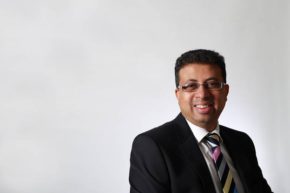 Keeran Madhav, Director at Mazars adds that this phenomenon has also increased the risk of companies being implicated in cases of corruption and bribery.

“Previously, bribes were paid by people walking around with suitcases filled with cash, but today corrupt transactions can be made instantly from anywhere in the world using a desktop, laptop, tablet or mobile phone. This has also made it more likely that bribery and corruption can take place without the knowledge of a company’s CEO,” he says.

According to Madhav, organisations like the US Securities Exchange Commission and the US Department of Justice have taken a hard line against international companies that engage in bribery. ”The number of monetary sanctions against international companies for acts of corruption have decreased in recent years. At the same time, this past year has seen some massive fines laid against companies that did break the law. One of the most notable cases of 2016 was UK construction and professional services company, Sweett Group, which was fined £2.25 million (R38.2 million) for securing contracts through bribery in the United Arab Emirates.”

He adds that the increasing trend among companies or offices engaging in corrupt practices, is the use of third parties, intermediaries, agents or joint venture partners. “We saw a prime example of this at the end of last year, when Standard Bank was fined R500 million by the UK Serious Fraud Office. Standard Bank was charged with failing to prevent executives at its Tanzania sister company, Stanbic Bank Tanzania Limited, from engaging a third party that would influence government officials.”

“While Standard Bank’s management wasn’t directly responsible for the attempted bribery, the company is still being held responsible for the actions of its local offices, as well as its partners. This is why any multinational company needs well-planned and effective anti-corruption and anti-bribery measures in place, which is reinforced by a clear message from the CEO of the business,” Madhav says.

He says more mid-level employees are also being implicated in corruption. “When companies globalize, top management have to start delegating their functions to other managers and regional offices become more autonomous, as opposed to centralised, which increases the opportunity for corrupt dealings to take place,” he says.

Mazars conducts both internal and external investigations concerning allegations of bribery and corruption within a company. Mazars assists in finding the facts, rooting out the perpetrators and conducting reports for legal cases.

“Being proactive and closing the gaps for possible corruption and bribery within one’s company is becoming increasingly important. Corrupt businesses will come up against much harsher penalties in the coming years,” concludes Madhav.

Mazars is an international, integrated and independent organisation, specialising in audit, accounting, tax and advisory services across a range of markets and sectors. In South Africa, Mazars employs over 1000 staff in 12 offices nationally. With the skills of 17 000 staff operating in 78 countries, Mazars is large enough to service international listed clients, yet small enough to assist small companies grow and prosper in their own environments. Mazars is present on five continents and represented in 25 African countries.

To find out more about Mazars