At 15h27, Sunday, 11th December, NSRI Mossel Bay duty crew were activated following a request for assistance from Mossel Bay Fire and Rescue Services searching the Great Brak River, near to the Police Station, for a 30 year old male reportedly disappeared under water.

While NSRI Mossel Bay responded to the scene it was confirmed that the man had been missing under water for some time and a Police Dive Unit had taken over the search and recovery operation for a 30 year old man, from Great Brak River, missing in the river and presumed to have drowned and NSRI were released and returned to base.

WC Government Health EMS and EMS Rescue, Medlife ambulance services and a sea rescue team responded to the Robberg car park and hiked to the scene.

On arrival on the scene 16 year old Arnold Nel, in the company of family and friends, was treated for a head injury and bruising to the arms and hands and secured into a Stokes basket stretcher with cervical spinal immobilisation as a precaution and rescuers hiked to the car park carrying the patient in the stretcher and he was transported to hospital by ambulance in a stable condition.

He and friends had been stand-up sand boarding down sand dunes at The Gap when he fell bumping his head and losing consciousness.

NSRI urge extreme caution around the coastline between the 13th December and 19th December.

Spring Tide happens twice every month, at Full Moon and at New Moon, and lasts for a few days over each full moon and each new moon, peaking on the day of the full moon and the new moon.

Bathers should go to beaches only where and when lifeguards are on duty and obey the safe swimming areas protected by lifeguards.

It appears that while braaing with family at the Lagoon the man had gone swimming but had disappeared under water.

Police divers located and recovered the body of the man who was sadly declared deceased by paramedics.

The body of the man was taken into the care of the Forensic Pathology Services and Police have opened an inquest docket.

At 07h32, Tuesday, 13th December, NSRI Plettenberg Bay duty crew attended at Central Beach where a group of men appear to have accidently driven their vehicle into the sea,

A tractor was used to remove the vehicle from the surf and no one was injured. 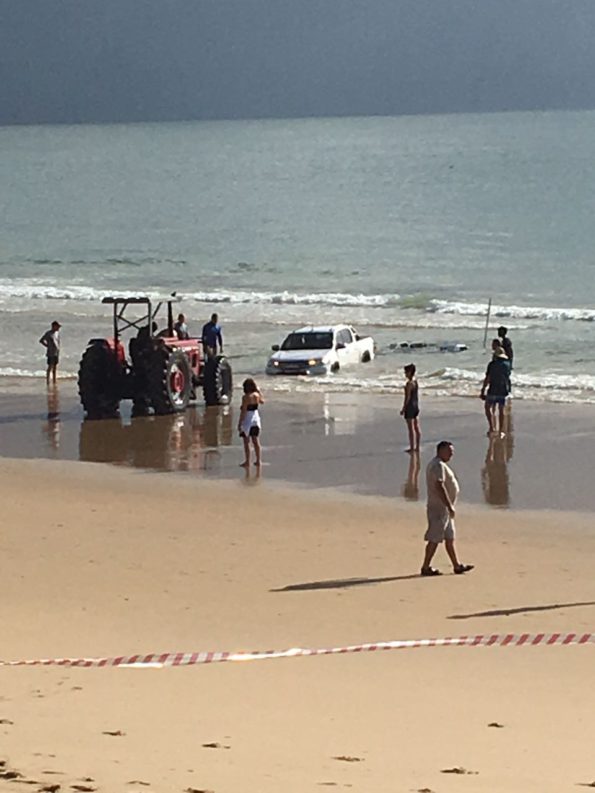 At 15h21, Friday, 16 December, NSRI Wilderness duty crew responded to the braai area at the Wilderness Lagoon following reports of 2 children in trouble in the lagoon by wilderness beach in the shallow water.

On NSRI’s arrival on the scene Eden 911 ambulance services paramedics were found tending to 2 young male children suffering non-fatal drowning symptoms and WC Government Health had also arrived on the scene to assist.

Both children, who had reportedly been assisted out of the water by bystanders after getting into difficulty while swimming in the lagoon, were transported to hospital by ambulance in stable conditions for observation for secondary drowning symptoms and they are both expected to fully recover.