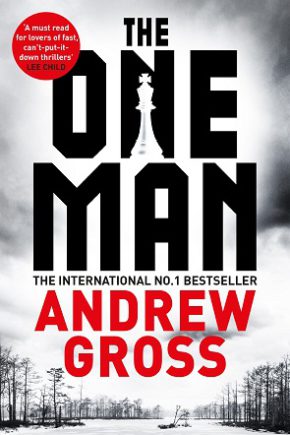 While most people are dying to get out of Auschwitz, the concentration camp in Poland, one man is trying to get in to rescue Professor Alfred Mendl, a scientist who has worked out a key formula that will help the Allies to build the atomic bomb and bring World War II to an end.  Dr Mendl had it all written down but when he was arrested for being Jewish and taken to the camp the Nazis burned all his scientific papers. Meanwhile, back in America, the head of OSS, William “Wild Bill” Donovan, is hatching a plan to send an intelligence officer to Poland and bring Mendl back. The man chosen for the task is Nathan Blum who escaped from the Krakow ghetto to America and freedom, leaving behind his parents and sister who were later sent to the gas chambers. Blum has all the qualities necessary for this dangerous mission. He is Jewish , he speaks several languages and showed his survival skills when he fled Poland. Blum agrees to undertake the mission because he believes in the Torah dictum: he who saves one life, it’s as if he has saved the world. However, he has only 72 hours to complete mission. All the knowledge is in Mendl’s head and he knows that his days are numbered. Somehow he has to get his knowledge to the outside world. Then he meets a 16-year-old chess prodigy, Leo Wolciek, who was also caught by the Nazis and tossed into Auschwitz. Mendl is unaware of the plan to rescue him but he befriends Wolciek and begins transferring his knowledge to him. Meanwhile Hedda Ackermann, wife of the assistant camp commandant, takes a shine to Leo, and she summons him to play chess with her and she becomes Leo’s protector.  Blum is parachuted into Poland and with help of the Resistance is smuggled into the camp. However, one man who has been listening to the radio traffic, hears a strange message which arouses his suspicions and he is convinced that there is a spy in the camp.  To reveal more of the plot would be a spoiler. There are plenty of harrowing moments and surprises in store, especially for Nathan, who has to rescue three people, not only Mendl.

Wolciek, a successful lawyer, now living in the geriatric wing of a veterans’ hospital, near Chicago, tells the story to his daughter when she asks him about  a medal and old photos she found in a cigar box when she was clearing out his house before being moved to the hospital.

Gross, better known for his thrillers, among them Reckless, Don’t Look Twice and the Blue Zone and in collaboration with James Patterson (3rd Degree, Judge and Jury), has turned his hand to historical fiction and has done an excellent job.
Much of The One Man is based on fact: the Manhattan Project (to develop the atomic bomb) headed by Robert Oppenheimer did exist. The author says that he based Leo on his father-in-law, Nathan Zorman who came to America from Warsaw just months before the war, leaving his family behind and they were among the six million who perished at the hands of the Germans.