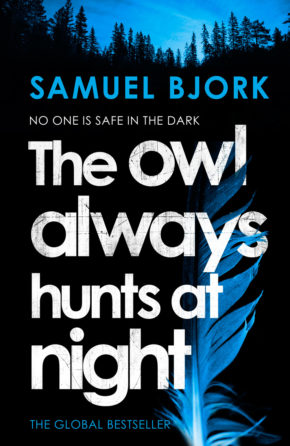 The Owl Always Hunts at Night

Scandinavian writers are among the best when it comes to the thriller genre: think Jo Nesbo and his Harry Hole series; Camilla Lackberg and her creation, ace crime reporter, Erica Falck, and  Stieg” Larsson who shot to fame with the Millennium trilogy. Joining their ranks is playwright Frode Sander Øien who writes under the pen name of  Samuel Bjork and like Nesbo is also a musician. The Owl Always Hunts at Night is the second in the series featuring the fat, chain-smoking Oslo homicide investigator Holger Munch and his colleague Detective Mia Kruger, (I’m Travelling Alone was the first one). Kruger has been signed off work until a psychological assessment has been completed. Munch, though, is a rule-breaker of note, and offers her a deal because he needs her expertise to help him and the team to solve a case that has them pulling out their hair.  Tom Petterson, a botanist is searching for the dragonhead, a plant threatened with extinction. Instead, in the woodlands near the Oslo fjord,  he finds the body of a dead teenager surrounded by feathers and candles and with a white lily in her mouth, a strange tattoo, and as the pathologist’s report reveals, her stomach is filled with animal pellets. So begins the hunt for a killer with a sadistic bent.  Munch meanwhile has his own demons to deal with and Kruger is battling to come to terms with the death of Sigrid, her twin sister, a few months earlier. It’s no wonder she is distracted. There are more twists and turns than a serpentine in this gripping thriller, and red herrings galore. There is a home for misfit teenagers; the team has a paedophile riding instructor in their sights, and Jim, a mentally disabled man is a suspect. The big break in the case comes when Skunk, a hacker supreme, and an old friend of Gabriel Mork, the newest member of the Munch team, contacts him out of the blue, with a video he unearthed from the dark side of the internet. As if Munch doesn’t have enough on his plate, his daughter, Miriam, gets involved with an animal rights organisation and disappears. The Owl Always Hunts at Night is a page-turner and will keep you guessing until the climax when the shocking truth comes out.