In a dramatic finish to the inaugural #FriendshipCup, Ernie Els and Fancourt Foundation member Jovan Rebula pipped Harry Goddard from the Faldo Series team at the last hole to claim his place in the #BMWSAOpen Pro-Am on Wednesday. 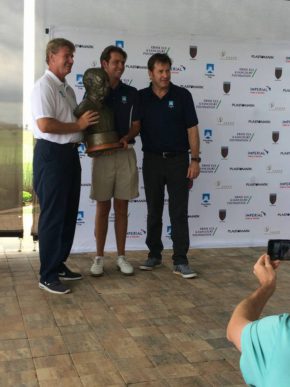 Rebula triumphed with a winning 54 hole total of eight-under-par 208, however, Sir Nick Faldo’s charges took home the team prize with a team score of 11-under-par 637.

Sir Nick Faldo and Ernie Els brought together teams from their respective foundations – the Faldo Series and the Ernie Els & Fancourt Foundation – as well as a team from the South African Golf Development Board.

The three teams compete in this unique event to promote boys and girls golf globally and develop tomorrow’s champions.

“This was a fabulous event, which we believe will grow from strength to strength in the years to come,” said Grant Hepburn, CEO of Golf RSA and the South African Golf Development Board.

“Thanks to Ernie Els and Nick Faldo for giving back to the game by sponsoring the talented youngsters of today. Also a massive thanks to the Sponsors Plastomark and Imperial Ford and Mazda for their generous contributions to this golf competition.” 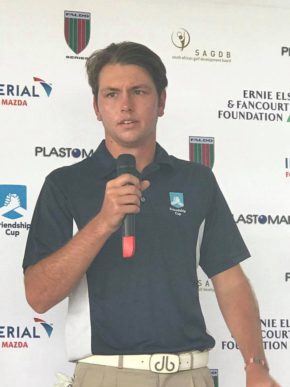 Speaking from Herold’s Bay near George, Ernie Els said, “Sir Nick and I have spoken many times over the years about creating an event that provides our members and others with a great opportunity to compete with other international elite amateurs.

“This first event in South Africa fulfilled that role. Also, more importantly, it enabled our members to embrace new experiences, cultures and friendships. It is about developing the ‘whole’ rather than just one element of their games.

“Thanks to Wolfgang Raffalsky of Plastomark, a dear friend and long-time supporter of the Ernie Els & Fancourt Foundation, we have been able to turn this dream into a reality.

“We are also very grateful to The Els Club at Copperleaf for hosting the tournament. This course is particularly close to my heart as it is built on land where my grandfather Ernie Vermaak once farmed. It has hosted the Tshwane Open, a tournament co-sanctioned by the European and Sunshine Tours, so certainly has the pedigree to host these young stars of the future.”

Faldo, who is keen to see the event grow, agreed.

“Ernie and I have long discussed an event which includes South Africa and further globalizes junior golf. We are planting an acorn and we expect an oak tree will grow. Our Faldo Series, which includes participation from players in Europe, the US, Asia, Australia and South America, now includes another continent. 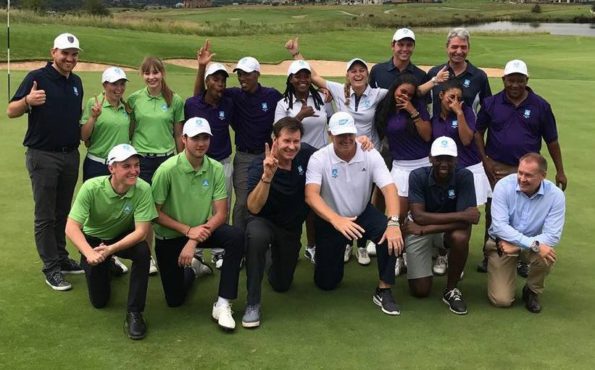 “Ernie and I share an interest in the future of this game and he is a true role model through his work for young people. Together we want to lead a collaboration which creates future heroes and corporate commitment to junior golf.”

Speaking on behalf of sponsors Plastomark, Wolfgang Raffalsky said, “We were delighted to support this wonderful event. I have long admired the work that the Ernie Els & Fancourt Foundation does – especially as education plays such an important role in what it sets out to achieve for its members.” 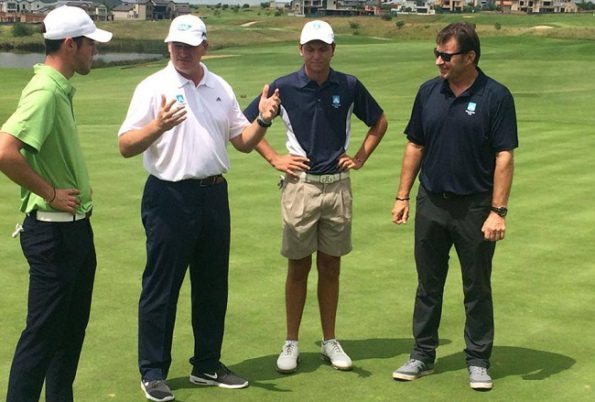