Welcome to our annual matric awards ceremony that the Premier kindly hosts for us every year at her lovely residence. 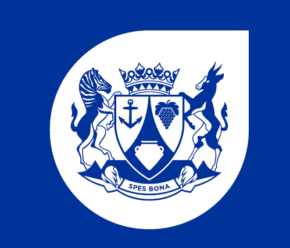 A special welcome to the DG of the DBE, Mr Mweli, who has come here to be with us today for, I think, the first time.  It’s great to have you with us.

Another special acknowledgement must go to our new SG, Brian Schreuder, who attends these awards for the first time in that capacity, and Dr Peter Beets, who has just been appointed as DDG: Curriculum and Teacher Development with effect from 1 January.  We also have a new district director for the West Region after the retirement of Jannie Beukes – welcome too to Heather Van Ster.

When looking for inspiration for this speech, I was drawn to a poster on my office wall with a series of stories, one of which stood out to me.

It was the story of the king and the star and goes like this:

This story made me think of three things that are so applicable to our context.

The first is the impact that one star can make.  One star can light up the darkness, and its absence plunges us back into darkness.

When one person achieves it makes us feel good.  It makes their school feel good and it makes people believe that achievement is possible.

Secondly, the king noticed how far away the stars are, and feels that they are out of reach.

So often, we think things are unattainable, and so we are afraid to “reach for the stars” because they seem so far away.  We think we can’t do things because it seems so difficult.  Well we all know the saying of our late President Mandela – “it always seems impossible until it’s done”.  And today we are going to celebrate those who have done what they may have thought impossible.

The third thing that struck me is when the king thought the stars were useless because he didn’t know what to do with them!  Sometimes our “kings” (teachers, principals and even parents) don’t know what to do with some of their learners, and write them off.  Sometimes the learners write themselves off.  And yet we have seen, for example with the almost 50% of our progressed learners who passed the matric exam, that with some extra effort, acknowledgement and hard work, assisted by the districts, people who were given no chance have proved that they are not “useless”.

Today we are here to pay tribute to the stars in our province who have done so well in the Matric 2016 examinations, and who are lighting the way for other provinces, as well as in communities that experience many difficulties.  These people are showing that nothing is impossible, even if you have difficulties to confront.

Thanks to the efforts of our head office staff, our district directors and their staff, our principals and teachers, parents and, of course, our learners, the class of 2016 has once again made this province very proud!

We may have dropped in the “rankings” from number 1 to number 2, but we have MUCH to be proud of.

We have always maintained that indicators of quality go well beyond the overall pass rate.  We focus on QUALITY of passes, and retention of as many learners as possible in the school system, so that we can ensure the best possible opportunities for our young people in the Western Cape.

So I am extremely happy that the Western Cape has again increased our pass rate by 1.3%, from 84.7% to 86% ( not the incorrect 85.9% printed in the DBE’s booklet!), while successfully retaining the highest percentage in the country of learners within the system, from Grade 10 to Grade 12.  The figures that were publicly announced for provinces all excluded the progressed learners, which is inexplicable, given that they are an integral part of the school system and were included in the pass percentages last year.

I would like to first acknowledge our stars who were awarded at the DBE’s ceremony last week.

The Western Cape boasts the best performing district in the country with a pass rate of 92.61%, up from 89.65% last year.  District Director Mr Bertram Loriston from Overberg, please take a bow!

The others I am going to mention I will not ask to stand, as they will come up for awards in due course.  But we have the top 3 learners in the country – Conrad Strydom, Christine Vivier and Hannah Clayton.

Absolute stars, each and every one.

But we also have many other stars who have not been in the limelight.

It is a continuing challenge to try and address the disparities that still exist between schools in wealthier areas and schools in poorer communities, but we are working very hard at doing that.

I was thus particularly pleased that, once again, all 8 of our districts achieved over 80% pass rate.  In addition, every quintile increased their pass percentage yet again.  This has been a steady upward trajectory since we took office in 2009.

These are the quintiles in which the most historically disadvantaged learners attend school.  I am delighted that we have made such progress in the last 7 years, and this proves our commitment to quality education for all, with a special focus on the poor.  Many may have thought this impossible a few years ago.  With the collective effort of all staff, teachers, parents and learners they have shown that it is not.

Very well done to all who have made this happen, and especially our District Directors who have borne the brunt of driving this improvement.

I would like to specifically mention two other districts.  The first is Metro North, which increased by 4.13% from 83.95% to 88.08% under the acting leadership of Mr Alan Meyer (stand up).  The new district director, David Millar, who will start on 1 April this year, has a hard act to follow.  The second is Metro East.  Metro East is the only district in the Western Cape to have a higher number of matriculants in 2016 than in 2015, as the matric cohort was smaller across the country. This district contains a large number of underprivileged communities.  They also took over a number of schools last year that previously fell under another district, and these were not the best performing schools.  However, despite both these factors they managed to increase their pass rate by 2.39% from 80.08% to 82.47%.  Mr Bennie Schereka, well done, and please stand up.

Neither of these areas is particularly easy, so these stars really are serving as beacons of hope for us all, to mix a metaphor.

Further improvements in the quality of passes that we are celebrating include the fact that we remain the only province with a bachelor’s pass rate of 40% or more.

Maths and science are crucial for the growth of our economy and to fill the scarce skills gap.  I am therefore very pleased that we saw improvements in the percentage passing in both subjects in the 2016 NSC. The class of 2016 achieved a record breaking pass rate of 77.2% in mathematics.  This is an increase of 2.3% from 2015.  I was very concerned that, whilst percentages taking mathematics were increasing, the numbers were decreasing, which shows how percentages can be misleading.  I am thus also pleased to see that the number of learners taking mathematics is now on the up again.

Physical Science candidates achieved a 73.8% pass rate, up 0.5% from 2015. This is yet another record for this Province and a result that we can all be proud of given that the pass rate in this subject was 52.9% when this administration first took office in the Province in 2009.

And then there are a few stars whose lights are hiding under a bushel and which I need to bring out!

Congratulations must go to Bloemhof High school in the Cape Winelands, which is the only government school in the province that has achieved 100% pass rate and 100% bachelors passes.  Very well done.

Goodwood College in Elsies River has, for the first time, achieved 100% pass rate.  Well done Mrs Africa and her team.

I visited New Eisleben High School last week, where they managed to achieve a 21% improvement, despite having 226 learners in matric.

And an individual example of a bright shining star is Siphelele Xabendlini from Phundulwazi Secondary School in Phillippi.  He came from the Eastern Cape in 2014 and started Grade 10 at Phundulwazi.  He decided that he would reach for the stars and refused to let circumstances or events ruin his opportunities. He lived in the informal settlement of Browns Farm and refused all offers to move out of the area, including a member of staff at his school who offered that he stay with her. Siphelele achieved extraordinary results in the 2016 NSC, and is the only learner to date coming from a previously disadvantaged school to have achieved the top position in the province in Physical Science, in fact having achieved full marks.  Siphelele, please stand.  You are an inspiration and prove that your situation does not determine your destination!

ENGLISH: You are a star lighting the way in Phillippi.

The above achievements show that many are achieving what we may have once thought is impossible.

We still have a long way to go, but we certainly have reason to celebrate today.

No achievements happen without a team effort, and I want to thank our excellent WCED team, from the SG down, for their dedication and commitment to improving education for all in the Western Cape.  Everywhere I go I hear stories of unbelievable commitment from so many to try and help our youth to make the most of their education.  And this year I want to hear more of those amazing stories so we can acknowledge them.  Thank you to all of you.

To the candidates here today, I would like to congratulate you for the hard work that you have put into your studies throughout your school years.

Your hard work has now paid off, and I hope that you realise just how proud we are of your achievements.

You are about to embark on an exciting new chapter of your life.  Only when you get to my age will you realise how little you actually knew when you thought you knew it all.

But the advantage of youth is that you have energy and idealism that has not been tainted by experience.  So my advice to you is to dream big and always reach for the stars. Work hard and success will follow.  But remain humble and never lose your integrity.

This is summed up aptly in a quote from Theodore Roosevelt, who said that we should keep our eyes on the stars and our feet on the ground.

I have already thanked all our officials and teachers.

Thanks must also go to the governing body associations, universities and various education organisations for the role that they have played in supporting the efforts of the WCED in 2016, as well as the Education Council.

I would also like to thank the WCED’s examinations team for their hard work in ensuring that these exams have run smoothly, and delivered a credible result.

Thank you also to all those who have helped organise today’s event.

And lastly but by no means least, I would like to specially mention, with gratitude and appreciation, a number of sponsors who have generously made donations towards today’s events – to MTN Foundation, Gaffleys Transport, Mustek, Lenovo, Pinnacle, Pearson and Appletiser, thank you.

Before closing I must take this opportunity to congratulate three WCED officials, our CFO, Leon Ely, Dr Sigamoney Naicker and Millicent Merton, who have just gone through matric, and whose children performed extremely well in the 2016 NSC, Millicent’s daughter especially achieving 9 distinctions! Well done to you all.  This year it is the turn of Mr Matseliso and myself!

So Congratulations again to all our stars here today.