The month of love is just around the corner – and with it the much-anticipated fourth annual ‘Valentine under the STARS’, Cape Town’s most romantic classic-meets-pop open-air concert. 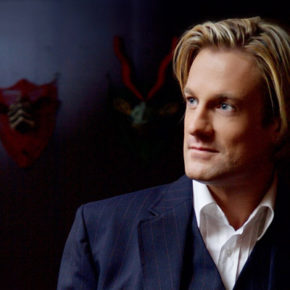 The spectacular annual concert, which features a dazzling line-up of local and international musicians performing some of the world’s most celebrated love songs, has positioned itself as one of Cape Town’s top outdoor events and is known for its high production value. Such is its popularity that, based on the success of previous years’ performances, ‘Valentine under the STARS’ 2017 was booked out exclusively before public tickets went on sale. However, event organisers Opulent Living Experiences, proudly supported by Rabie Property Group and the Century City Conference Centre and Hotel, are delighted to announce a second concert for Sunday 12 February.

The open-air concert will take place at the beautifully landscaped Century City Square, which forms part of the Century City Conference Centre and Hotel. Just a 10-minute drive from the city centre, with ample parking and secure environs, the Square provides the perfect setting for a fairy-tale evening under the magical Cape Town summer sky.

Heading the line-up of artists is international singer Titilayo Adedokun, born in Nashville, Tennessee to parents of Nigerian origin. Known for her unparalleled ability to captivate an audience, Titilayo’s talent spans a number of different genres, from classical, musicals and spirituals to jazz, blues, Latin and African. She worked with director Franco Zeffirelli in the title role of his Aida at Teatro Verdi in Busseto, Italy and has performed with the late Adolph Greene and Betty Comden, as well as with Lauren Bacall and Tommy Tune. Her latest album, “Look at Me” is mainly self-composed and showcases her musical diversity with influences ranging from jazz, blues, funk and Yoruba (from Nigeria) music to songs inspired by her “three little girls”.

Sharing the stage with her will be local pop star Ike Moriz. Described as “a smooth vocal treat” and “SA’s answer to Bublé”, Ike has released a total of 17 albums, ranging from indie rock/pop to jazzy swing, lounge, blues and Latin/easy listening. He recently returned from Germany where he had a sell-out tour promoting his latest album, “Love Swings”, comprising original swing, jazz and Latin songs inspired by some of Cape Town’s most renowned jazz musicians.

Adding her inspirational voice to the line-up will be well-known Cape Town songstress and TV personality, Rouchelle Liedemann, a deeply passionate recording artist known for her smooth, powerful voice. She has performed at some of South Africa’s most prestigious music events, including last year’s Women’s Day Concert, ‘Divas Unite’, and her solo performance at the International Lausanne Congress on World Evangelization was televised live in 73 countries. Her latest gospel album, “Nuwe Begin” was nominated for a SAMA award just six months after its release.

Fellow Capetonian, Riaan Hunter, is bound to steal more than a few hearts with his rich baritone voice. Riaan studied classical singing at the University of Cape Town and was a member of the all-male vocal group BRAVO!, originally formed for an Il Divo tribute show. He made his musical debut at the young age of 20 and has never looked back, amassing fans for both his solo and group performances, as well as his album “Net hier by jou”.

In what promises to be an enchanting performance, the accomplished singers will be backed by the Cape Town Philharmonic Orchestra led by the exciting young conductor, Brandon Phillips. Adding to the magic of the evening will be the sweet sounds of The Grey, a new violin duo featuring young, classically trained violinists Donné de Kock and Ellani de Jager. Not your typical classical musicians, their repertoire includes mashups of Bach and ACDC, Vivaldi and Sia, Queen, tangos from Piazolla, love songs and film theme songs.

As in the past, the evening will be hosted by the award-winning TV presenter and star of SABC’s Expresso breakfast show, Katlego Maboe, a talented singer in his own right who never fails to get audiences dancing in the aisles.

“If music be the food of love”, as Shakespeare famously said, then Cape Town audiences are in for a feast from this array of classical crossover talent. And with tickets much in demand, music lovers are encouraged to book soon to avoid disappointment!

General admission tickets for Sunday 12 February are R350 and can be bought through Computicket. Doors open at 18h30 and the concert begins at 20h30. Food and beverages will be on sale.

Limited VIP tickets for 12 February are also on sale for R1 200. These include prime seating, as well as complimentary food and drinks served in a stylish lounge area before and after the concert, as well as during interval. VIP guests will also have the opportunity to meet and mingle with the performers. For VIP tickets, contact Opulent Living on 021 422 3191 or email vip@valentinestars.co.za.