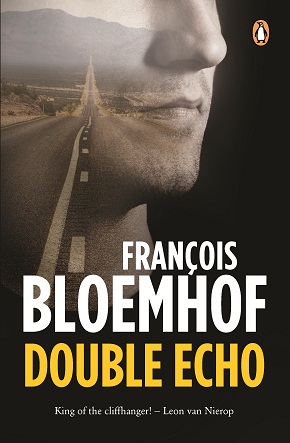 Paul Mullan, a former Gauteng policeman, is running away from a tragedy that changed his life. Crossing the country with only his rucksack Mullan, who vowed never to touch a gun again, finds himself in the Swartland, near Riebeek-Kasteel. One rainy night he hears a shot and two echoes which take him back to that night. But it’s only a burst tyre on a passing Mercedes and he helps a wealthy businessman, Bernard Russell, to change it, while his chauffeur, Johnny, looks on. In return Russell offers him shelter at his nearby wine estate, Journey’s End. There are lots of surprises in store for Mullan.  Russell, who has his fingers in many pies, not all savoury, is in a wheelchair after falling down the stairs soon after his wife shoots herself. He has a seemingly shy daughter, Lindsey, a stunning, sexy live-in lover, Michelle and a housekeeper, Mary. The estate owner offers Mullan a job as his driver and Johnny, much to his chagrin, is demoted to the kitchen to help Mary.  Mullan and Michelle can’t keep their hands off each other. Then Lindsey is kidnapped outside a hotel in Malmesbury and the abductors want a ransom of R3.2 million, the exact sum Rodrigo owed Bernard and which he delivered to him earlier. They demand that Michelle and Paul deliver the money to an abandoned building where they will find Lindsey.  The rescue drama is full of tension. It’s not a spoiler to disclose that Paul frees Lindsey after defusing the bomb tied to her and Michelle shoots the kidnapper. It’s only when they get Lindsey safely home that the secrets, and they are dirty, dirty secrets, are revealed. Although the plotline is not new, Double Echo is a gripping thriller and the tension ratchets up page by page until the climax. It is Bloemhof’s first English novel and it was translated from the Afrikaans by Maya Fowler and I think it loses something in the translation. But don’t let that stop you reading it.