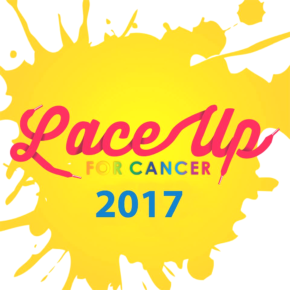 Every year 8.2 million people die from cancer. It is expected that by 2030, 21.7 million people around the world will be impacted by the disease. On 04 February 2017, it is time for the world to rise up and take action against the disease – it is World Cancer Day and it is focused on changing the course of cancer for good. This is one occasion when everyone can stand united under the banner of ‘We can. I can.’, promoting healthy diets and physical activity to not only help prevent cancer, but support those who are diagnosed with it.

“According to research, around one third of cancers can be prevented through simple changes to lifestyle and diet,” says Dr. Greg Hart, oncologist at Cancercare’s Rondebosch Oncology Centre, who will also be taking part in the event on Sunday.

“World Cancer Day is about spreading this message as far and wide as possible, encouraging people to look at the food they eat and the amount of exercise they do. If we can inspire people to give up their sedentary lifestyles, then we are already making a difference in the battle against cancer.”

In addition to helping people avoid getting cancer, exercise can help those who have already been diagnosed with it, and those who are currently undergoing treatment. Research from Macmillan Cancer Support has shown that cancer patients can use exercise to manage the fatigue, depression and heart damage that go alongside treatment, and they can reduce the risk of the disease getting worse or returning. In fact, the same body of research from Macmillan Cancer Support has found that exercise drops the risks of recurrence and death in breast cancer patients by up to 40%. It is a staggering statistic which can make all the difference to a person’s life.

“Regular exercise doesn’t mean a daily marathon or spending hours at the gym,” says Dr. Hart. “For those who lead sedentary lives now, it is as simple as getting up and taking a walk every other day. Start out slow and short, and build up to longer sessions as often as possible. Fit it in around work and life, and choose an activity you enjoy. If possible, join a club as this will not only allow you to form new friendships, but build a support network which will encourage you to keep coming back and sticking to your plans.”

It is time to show the love and beat the disease by focusing on ways of preventing cancer, and supporting those who have been diagnosed with it. It is not just a personal journey as people look to making healthy lifestyle choices, but a global one as we help one another to become more active and engaged in the fight against cancer.

In South Africa, the ‘We can. I can.’ philosophy has been put into playful practice by Cancercare with their annual Lace Up for Cancer Fun Run/Walk. This event takes place in Cape Town on 05 February 2017 and entrants are invited to wear their craziest outfits as they enjoy either a 5km Fun Run or a 10km Big Walk. The event was created to help raise awareness and funds for Cancercare, and to support the World Cancer Day ethos. Those attending the event can expect to enjoy plenty of zany outfits and will walk home with a medal at the end of the day.

“World Cancer Day is one of only a few truly global events and it really does bring people together under one banner, supporting one clear message –let’s work together to overcome the burden of cancer,” concludes Dr. Hart.

Join us on Sunday, 5 February at the annual Cancercare Lace Up for Cancer 5km and 10km fun walk/run which starts at 8am from the Green Point athletics track. Go to www.justonline.co.za to register.