The learning curve for Dirk Visser, Head of Social Media at CBR Marketing Solutions, has been steep and exciting since he joined the company with limited experience but lots of enthusiasm in 2013. 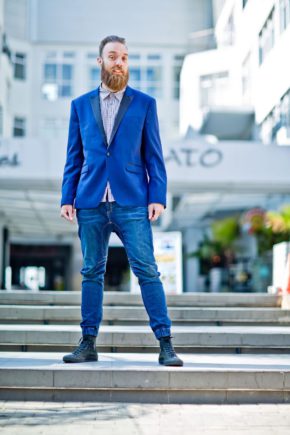 Visser’s background is eclectic and includes a degree in journalism with a political science major from UJ in 2005, working as a lift mechanic, selling medical supplies, marketing and public relations, and website manager for a large church.

When he joined CBR Marketing, he quickly embarked on online training courses, but the best learning came from interaction with other people, particularly from big agencies, in the social media industry. He’s come far enough that he has made appearances on radio stations, on TV, and spoken at conferences as a social media expert.

He says a similar principle applies when he appoints new members for his team – extensive experience is not a hard and fast requirement because the industry is fast growing and changing, and knowledge can become irrelevant in a very short space of time. He says attitude overrides aptitude, and he looks for youngsters between the ages of 22 and 25 who are active on social media, and who are willing to learn. The result is a young and often boisterous, but highly productive and effective team.

Their ideas and campaigns are developed with a tremendous amount of research to back them up to ensure that they will have resonance with their target market. “We may come up with a blue-sky idea, but then we will explore it thoroughly, or as we describe it, go deep diving into that idea. Has it worked globally? If it has, why and how did it work, and can it be adapted to the local market? Research is the key.”

That’s also one of the keys to CBR’s campaign successes in a market that is becoming increasingly overcrowded. “We put a lot of research into all our work; we listen to our clients and get to know them and their offerings, we get to know our target market well. One of our strengths is the sheer diversity of our team, and when we talk ideas, we have a wealth of perspectives from a range of cultures. It is exciting and it works.”

Visser says his top tip for companies wanting to make an impact on social media is for them to know their customers. “What works for you as a business doesn’t necessarily work for the people using your products or services. Also, listen to your customers. Many companies don’t; they know who their customers are, but they don’t listen to them. Whereas in the past, customers would vote with their feet – today, if they don’t like what you’re doing or offering, they’ll go straight to your social media pages and tell you about it. What people need to understand about social media is that it’s not about you.”

He says when companies encounter complaints online, they should address the issue online and then take the conversation offline. “Most people just want someone to talk to.”

Visser draws inspiration from people who have overcome great odds, who have been broken and come through trials stronger and wiser. Thirty-one and engaged, he is a trained musician and gives guitar and music theory lessons after hours. Music is his passion and he loves every genre – he will enjoy opera in the morning and death metal in the evening. He also takes part in amateur boxing and competes in road running events. On the quieter side he is an avid reader and is re-reading CS Lewis’s books at the moment, particularly The Screwtape Letters. At the top of his bucket list is to see the Northern Lights.

For more information on CBR, go to www.cbrmarketing.co.za.