Social media specialist at CBR Marketing Solutions, Sani Moyo, has been a strong part of the growth of the company since it was established in 2011 with a staff of four – all sharing one desk. 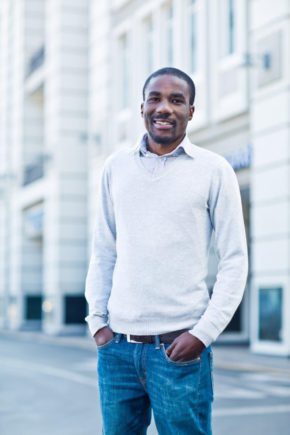 Moyo’s career in social media started inadvertently while on a scholarship at Jacobs University in Bremen, Germany, from 2003 to 2005, studying for a BSc in Physics. He explains, “At the time Web 2.0 was the rage and some friends and I got involved in websites and start-ups. Even then, the cheapest way to reach a large number of people was through social media – so we Googled and learned white hat and grey hat hacking, and picked what worked. My first website was ChampsPortal, which offered Counterstrike (popular online multiplayer game) and maps, tools, resources, tips and downloads. We built it up to a few thousand users, mainly from India, who were recruited by me posing as my girlfriend on Orkut (Google’s now shut down social media networking website). They were interesting days and laid the foundation for a career in social media.”

Moyo stayed on in Germany until 2009 when he returned to South Africa and started teaching maths in high school. It was there that he met CBR founder Craig Munitz who asked Sani to join the team. He hasn’t looked back.

“I love it here. I have a purpose and I’m achieving something. I face many challenges and no day is boring. As a service company, it’s all about the people. The dynamics have changed as we’ve grown, with more people, and more and bigger clients.” He says the biggest challenge he faces at CBR is always having to be at the top of his game, “not just doing well, but constantly finding ways to do things better – with every campaign, we strive to perform better than the one before.”

He likens the 12-man social media team’s work to a strategy game. “We always need to be strategic, especially as we’re competing with other companies for the same target audience. We have to clearly understand how the algorithm is working – and we have to constantly think on our feet.” As a maths and physics boffin, Moyo says he finds it very useful in helping to solve real world problems. “It always comes in handy as it helps to do calculations and make sure we’re on the right track.”

His advice on social media to businesses is to have great content, to provide great customer service, to have a clear objective and to do “great stuff”.

Moyo is 33, engaged and his interests include football (watching), tennis (playing), and Game of Thrones. At the moment he is reading Zero to One by Peter Thiel. “He’s a venture capitalist and one of the first investors in Facebook. He highlights the thinking behind Silicon Valley companies – I love following Silicon Valley stuff; it is to me what following Kim Kardashian is to other people!”

His role models reflect this passion. They’re Mark Zuckerberg – Moyo admires the way he is going about his mission of connecting the world – and Elon Musk – a highly intelligent person who shows that the impossible can be done, and that “each one of us can be an answer to some of society’s problems”. Naturally then, topping Moyo’s bucket list meeting one of the top guys in Silicon Valley, hearing their insights, seeing the way they think and analyse things; it would be a dream come true, he says.

That is setting the scene for his future: “Making a difference is my biggest push; all I’m doing now is heading towards being part of a team that makes a big difference.”

For more information on CBR, go to www.cbrmarketing.co.za.