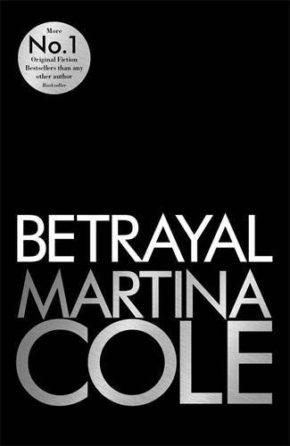 Martina Cole who has been dubbed queen of the gangland thriller looks at the fortunes and misfortunes of an East End gangster, Aiden O’ Hara  and his family, his mother, four brothers and a sister, a mixed brood if there ever was one. Aiden’s mother, Reeva had him when she was just 14 years old while the other three sons, Patsy, Eugene, Porrick, and, Agnes, followed in short order, all from unknown fathers of different colours.

Aiden believes it is his job to look after his mother, who despite her drinking and promiscuous ways, not to mention her loud mouth and belligerent attitude, keeps her house as neat as a pin, her children clean and because she is a great cook, they never go hungry. And he loves her dearly. Although Aiden is of above average intelligence he is a real nut job, a psychopath, and spurns an offer to go to university. But he catches the eye of Eric Partridge, a notorious gangster,  who takes him under his wing and grooms him to be his natural successor. Partridge has his fingers in many pies including the drug trade and brothels that cater for specific tastes, including under-age girls and among the punters are rock stars and politicians. Aiden’s star is rising and he is a “big earner” for Partridge. But Aiden is a real hothead and doesn’t accept any kind of criticism: he will take umbrage at the mildest wisecrack and then without a thought will dispatch the wise-cracker, or indeed anyone who crosses him, to the hereafter. Then he meets brothel owner Jade Dixon, who is 15 years older , is the mother  of his son Aiden Jnr. She’s a stunning looking woman and has been around the block more than once. Jade is also a protégé of Partridge’s and she has Aiden’s back. And together they make a formidable pair although Aiden believes he made it to the top on his own. But after Aiden uses dirty tricks to dispatch Colin Clark, another gangster and kindred spirit, when much against Aiden’s wishes he marries Agnes, things spiral out of control. Cole has painted a gripping portrait of a gangster and the havoc he wreaks on those around him. When Aiden’s family turns against him there are explosive repercussions – but not in the way you expect.  All the characters are believable and fully fleshed out from the bit players to the main protagonists. The action spans 35 years from 1981 to 2016.  Betrayal is Cole’s 23rd thriller and is probably her best yet. It is a dark story: the violence is graphic and the language is realistic, and even though it is repetitive in parts Betrayal will hold you from page 1. Don’t miss it.