Tourism establishments can save up to 90% on the cost of grading from this month. 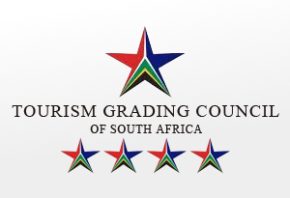 The Tourism Grading Support Programme has now been integrated into the improved online application process of the TGCSA, with an increased benefit through upfront discounts of up to 90% on assessment fees. It will also ensure a single point for enterprises to access all the benefits of being star graded.

“The Department is confident that the simplified process, together with greater benefits offered, will encourage significantly greater numbers of enterprises to be graded and conform to recognised quality standards, which in turn contributes to the overall destination competitiveness of South Africa,” said Victor Tharage, Director-General of the Department of Tourism.

Sisa Ntshona, CEO of South African Tourism, welcomed the move, which, he said, would further help remove barriers, such as cost, that may be preventing smaller businesses from becoming graded.

Initially launched in 2015, the Tourism Grading Support Programme aims to encourage more accommodation establishments and venues to be graded and stay graded under the star grading system of the TGCSA. The pilot phase offered graded establishments rebates of between 30% and 60% on assessment fees retroactively.