Volkswagen produces its 1 250 000th Polo Thomas Schaefer, chairman and managing director of Volkswagen Group South Africa (VWSA) together with employees and management of vehicle assembly give thumbs up to welcome the 1 250 000th Polo produced at the Volkswagen’s Uitenhage manufacturing factory.

Brian Joss – The milestone also marked 21 years of the production of Polo in South Africa. The Uitenhage manufacturing factory produces Polo and Polo Vivo. Both models have been the best-selling passenger cars in South Africa since 2010. Polo is built for local and international markets. The Polo Vivo was only sold in South Africa until December 2016 when the first Polo Vivos were assembled and sold in Kenya as part of Volkswagen’s Africa strategy. 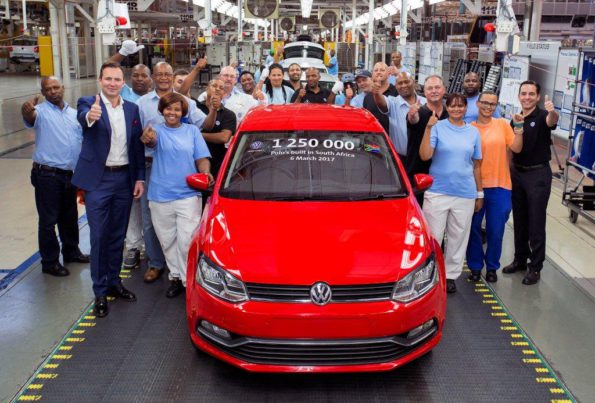