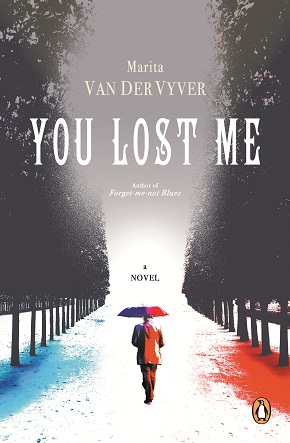 Writer Willem Prins who has had some literary successes and three failed marriages is in Paris where it appears he is “trying to find himself” and to avoid the gala presentation of the inaugural literary Johanna Biggs Prize. However, the great novel and the big prize is as elusive as ever.

Prins is also there for the launch of  the French version of his erotic (soft porn) novel,  Willing Women, that he wrote under the pseudonym of Lolita Meyer. Paris has always been a magical place for Prins: he stayed there for a while as a student at Stellenbosch University, and is where he met his first love , Renee Swanepoel, with whom he had a son, Maurice, although they were never legally married.  Renee, a born South African lives in Paris and is more French than the French and is married to a wealthy French businessman. Renee attends the launch of Willing Women and so does the flamboyant Jackie van der Merwe,  who is working as an au pair in Paris, and whose mother is big fan of Willem Prins.  The unlikely pair form a bond and they are together on Friday the 13th when the terrorists strike at the 10th and 11th arrondissements killing and injuring dozens of people who were at the restaurants and generally enjoying themselves on the Boulevard Voltaire.  The story is told through the voices of Prins’s ex wives and children: Renee, Lana and their daughter, Sophia, and Maurice, among others.  Van der Vyver has given Prins life; he’s not just a one-dimensional figure and neither are the cameo players who feature in You Lost Me.

The wit is razor-sharp including some laugh-out loud one-liners. There are pithy observations about the human condition and life in general.  Van der Vyver has captured the interactions between Prins and the other characters perfectly. As a writer she also has an unusual insight into the anxieties, stresses, highs and lows, that all writers experience in their lifetime. The book is also about the choices we make in life and the legacies we leave behind. But there are no long, philosophical meanderings to distract you from the story. You Lost Me is a brilliant read and if you haven’t yet discovered Van der Vyver, now’s your chance. You Lost Me is also available in Afrikaans as Misvanderstand.