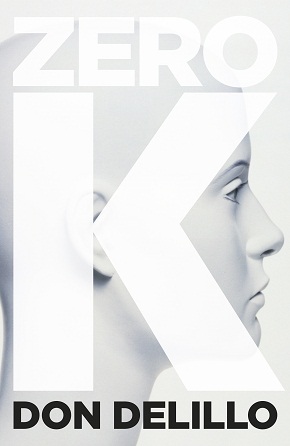 What if we could decide when to die? Or choose life everlasting? That’s the theme of Zero K a beautifully written and prescient novel by a visionary author. People used to scoff at science fiction writer Arthur C. Clarke for some of his more outlandish musings. And between 1964 and 1976, according to the Arthur C Clarke website, he did predict that home computers, email and Skype would be commonplace. He also predicted that humans would walk on Mars by 1994. But we can’t always be right.

DeLillo’s novel focuses on cryogenics – deep freezing the bodies of people with terminal illnesses in the hope of bringing them back to life when a cure is eventually found.  The UK Mirror reported late last year on three children who were cryogenically frozen after dying of a rare form of cancer, in the hope that doctors will find a cure. So DeLillo’s vision is not all that far-fetched

Jeffrey, the son of American billionaire, Ross Lockhart, is the voice in Zero K.

Lockhart has taken his sick wife, Artis, to the Convergence, a remote, sophisticated laboratory in Kyrgyzstan, where she will be frozen, along with others who have already been “banked” and are waiting on one of the many levels of the compound. And Ross brings Jeffrey to Kyrgyzstan to witness his stepmother’s death. Jeffrey recalls how his mother, Madeline, died painfully of cancer after Ross left the family while Jeffrey was growing up. Now Jeffrey remembers the past while trying to reconcile the future with Ross’s dreams of life everlasting for Artis. While watching the Zero K team prepare Artis for death Jeffrey wonders, “What constitutes the end and when does a person become a body”. And in the pod Artis wonders: “but am I who I was?”.

There is a cast of weird characters including a monk who has an unusual view of life – and death. And asks the question: “What’s the point of living if we don’t die at the end of it”. And who talks to the dying about the end. “Calmly but not necessary believing in the reawakening”. Jeffrey also believes the medical procedure is guided by mass delusion, by superstition and arrogance and self-deception.

Ross also decides he wants to be frozen along with his beloved Artis, so he goes back to the Convergence. However, life gets in the way of his plans. The story is deceptively straightforward. However, it’s quite complicated and will leave you with much food for thought.  The writing is elegant and there are no wasted words. DeLillo expresses his thoughts in smooth prose and short sentences. Zero K is a must read if only to give you a startling insight of the world to come. DeLillo is almost 80 and is regarded as one of America’s foremost authors. He has written 15 novels including Libra, on the assassination of John F Kennedy told from the perspective of Lee Harvey Oswald.